Machine, when will you learn to make love to me?

People’s lives are not all work. We need close human contact and emotional interactions with others. All this also concerns the area of eroticism. Are we in for a sexual revolution featuring artificial intelligence?

Contemporary debates on robotization focus typically on machines that populate workplaces. However, people’s lives are not all work. We need close human contact and emotional interactions with others. All this also concerns the area of eroticism. Are we in for a sexual revolution featuring artificial intelligence? When will learn to make love to me?

The famous movie Ex Machina portrays romance blossoming between a man and an artificially engineered beauty. The incredible humanoid character from Alex Garland’s picture fascinates us because, like us, it expresses emotions, asks questions and engages in conversation. On top of this, it moves gracefully and, importantly, is not devoid of a certain sensuality. The story focuses on the fascinating topic of the future relations between humans and machines. Relations that may grow ever more complicated and encompass an ever broader range of emotions, desires and fears.

What can the ideal lover do?

That a machine can appeal to our sexuality is clear not only to movie-makers. A new industry is emerging right before our eyes associated with entertainment and bodily pleasures. Obviously, the use of a machine, a sex robot or a doll as a sexual gadget is nothing new. However, it has only been in the last few years that the makers of adult inventions have begun to wonder about how to improve sex products using the latest technologies. I realize that the idea of a machine in the role of a lover is controversial and may make many readers cringe. I would nevertheless like to acknowledge some aspects of the idea, deliberately ignoring the matter of the spiritual decay of our species. But, I am not claiming that a vision of a sex robot in our bedrooms offers a particularly attractive way of achieving spiritual and sexual satisfaction. However, I see the field as fraught with issues that strike me as intriguing.

The sex industry faces challenges similar to those which have long occupied the minds of engineers in major research laboratories. Artificial intelligence developers have for years subscribed to the opinion that a true technological breakthrough will be achieved with the arrival of devices capable of mimicking human motion. While algorithms which allow computers to prevail over humans in the games of chess and go have turned out to be achievable, the next big challenge is to build a robot that moves like a human. As it turns out, an insurmountable barrier for contemporary technology is to create a machine whose motor functions are comparable to the movements of a three-year-old. And if the problem remains unsolvable, the thought of creating a perfect sexual partner that replaces a human lover will remain a pipe dream.

The touch of sensitive artificial skin

A key role in experiencing erotic pleasure in humans is played by the skin and the sense of touch. This makes today’s research into synthetic skin intriguing. Engineers from Caltech and ETH Zurich, were able tosuccessfully test synthetic skin capable of sensing a wide range of temperatures. Such skin may be ideal to help people who have suffered limb trauma or even amputations. The temperature sensing mechanism in the machine relies on pectins derived from plant cells. The researchers who discovered the properties of this ingredient created a transparent 20-micrometer-thin film. Film detects temperatures using a mechanism employed by vipers. During their nightly hunts, these snakes can sense the heat of their approaching prey. The new skin can sense temperature changes within the range of 5 to 50 degrees Celsius. Pectin-based systems may have industrial applications, such as for instance temperature sensors or skin used for increased interaction among … robots! In the latter case, artificial skin would trigger a response to the approach of another machine. The mechanism could easily be used for potential sexual interactions between robots and humans.

The web abounds with scenarios for sex of the future. Many of them are surprisingly positive. A good example are the predictions of Laura Brendan, who shared her reflections on sex with the readers of The Wall Street Journal. Her article “The Future of Sex: It Gets Better” may be considered to be a manifesto of optimism and joy with respect to the sex of the future. Her conclusions are clearly positive. The author claims that it is only now, with new technologies, that we will be able to experience true sexual joy. We are leaving behind the times when the only way to gain sexual stimulation other than from other humans was to resort to pornographic content. Technological breakthroughs mean that sight is no longer the only sense engaged in providing pleasure in such a context. According to Laura Brendan, advances in the neurobiology of sex will lead to a new ability to stimulate the brain to experience sexual pleasure regardless of physical contact. “Imagine engaging in anything from targeted foreplay to exploring your wildest fantasies by stimulating your partner with a click of the mouse, even when you are across town or in another country”, writes Brendan. For many of us, this vision is neither persuasive nor attractive, due to the psychological barrier it contains which we find difficult to overcome. However, disabled people may have a whole different view of the matter. The sex lives of members of that social group are being increasingly discussed. Much publicity has been given in the media to a debate on a project implemented in Sweden and the Czech Republic, employing sex therapists to help people who are immobile or physically dysfunctional and therefore unable to enjoy sex. It is not a big stretch to imagine that precisely such people are the ones to benefit from the technology-based sexual revolution. I would imagine, for instance, that sex with a close one who cannot visit us physically as he or she is for whatever reason unable to move, may be a joyous experience, even if special software is used for the purpose.

The chilly gaze of a machine

Personally, I believe the limits of the entire sphere lie in communications. While, undeniably, the presence of digital assistants capable of actively responding to our questions (Siri) will be ever more present in our lives, it is nevertheless hard to image virtual software (or a machine) that allows our bodies to detect sexual stimuli and receive the full spectrum of verbal and non-verbal signals that come with closeness. At an intimate moment, as we gaze into our partner’s eyes, we see his/her emotions, devotion, feelings and love. All those things that form an integral part of profound sexual contact. I don’t think we will ever live to see the dilating pupils of the machine we invite into our bedroom.

On the other hand, I agree that such sex would be completely safe. I realize also that for many of us, eroticism is a world of diverse fantasies and needs, which may actually mean that the involvement of artificial intelligence in this field will be both interesting and surprising. There are many big changes ahead of us. 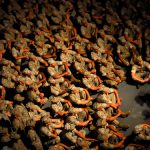 Want to know who the leader is? Ask him to make a key... Previous
Four Grim Dreams of Great Technology Next 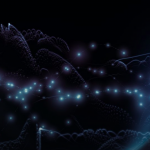