Stop the deepening of the digital divide

Social advancement and economic growth today are not only about Internet access. The way we use the Internet is no less important.

Social advancement and economic growth today are not only about Internet access. The way we use the Internet is no less important.

My sons got their first computer one Christmas. My older one was 6, my younger, 4. The year was 1997. The machine was Pentium II with dial-up Internet access. All one needed to do was to dial 0202122, wait for the modem to go through its noises and the web was ours to browse at the breakneck speed of 56 Kb/s. This was my sons’ first encounter with the digital revolution, all from the comfort of our home. Maybe as a result of this, the boys now readily and intuitively embrace new technologies. But I realize not all of their peers are that lucky. After all, even today roughly 30% of Polish families have no computers or web access. Nearly a half do not benefit from new technologies because they can’t. The families most at risk of exclusion are those whose members are jobless or have low incomes and are poorly educated. This applies in particular to those living in rural areas. The reason is pretty mundane: they simply cannot afford to.

We may hate to admit it but Poland is light years behind most member states of the European Union in many spheres of life, including technology. Poland has the lowest percentage of Internet users in Europe. We are still closing the huge gap between us and the “old” Europe that is our historic legacy. But our progress in catching up is evidently very slow, especially compared to other countries in the region.

A digital revolution cannot be completed without robust infrastructure. We can’t fool ourselves that providing a computer and Internet access to every household will solve the problem. Access alone is no panacea, and while it is one of many needs, it is no longer the most pressing. Infrastructure improvements will reduce the number of the digitally excluded but will not bridge the so-called digital divide. After all, it is not only about web access – how we use the web is equally important.

A study by the Kaiser Family Foundation has found that children and adolescents whose parents do not have higher education spend 90 more minutes in front of computers than their peers from better educated families. A decade earlier, the difference was only 19 minutes.

Meanwhile, the key to young people’s development is not having unlimited access to TV series, funny You Tube videos or social networks, which is what the majority of them do online. Such activities are merely time killing, an equivalent to loitering in games arcades in the pre-Internet era. Forced to work long hours, parents are unable to monitor their children’s Internet usage. What this means is that with the improvement of infrastructure, which is a must, discrepancies between young people of various backgrounds are bound to grow rather than diminish. To avoid this trap, infrastructure development must go hand in hand with that of educational programs designed to promote the development of young people.

There are many paths to reach this goal. Perhaps admission to public tenders dedicated to ITC should be restricted to bidders capable of offering programs specially designed for students. Another idea is to collectively buy software for schools at preferential rates from vendors who will make it accessible to students from their homes.

First though, we must identify those who most urgently need support. The British government has created a map of digital exclusion. It is not limited to white spots showing where the Internet is unavailable. The tool also recognizes the digital skills of the population and how frequently they are used. In effect, it shows the link between digital and social exclusion. If the map covered Poland (and we do have the majority of the data), it would help focus support and funding where it is needed the most. Without one, we are left groping in the dark.

The responsibility for creating such tools cannot just be dumped on public bodies alone though. The building of a digital society which enjoys open and equal access to technologies is in everyone’s interest. More involvement is needed on the part of the IT industry. Although already successful in the field, the industry can do more. This is our social responsibility. Who else will do it if not us? And if not now, then when? What is at stake is the quality of life of our children.

– Nearly 1150 places in Poland still with no internet access 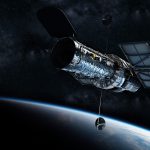 Going into space Previous
Advancements in Big Data are not driven by technology... Next

Data-Driven Investor: How to survive a digital tsunami?

You can survive the digital storm without giving up the traditional values ​​that have been with your company since its creation. However, you need to be able to communicate such values to the customers whose consumer experience is increasingly tied to digital culture.