The new world of quantum computers

Why, despite the fact that quantum computers have been known since the 1980s, it was only in the last few years that they began to arouse great emotions? Experts even say that we are getting closer to the border when it comes to the speed of computational processes. Modern processors consist of billions of transistors of several nanometers grouped on a very small surface. According to Moore’s law, the number of transistors in the microprocessor doubles every two years or so. Unfortunately, the increase in computing power in processors is constantly slowing down. We are slowly reaching technological limits in the possibilities of “packing” more and more transistors on such small surfaces. The limit, which can not be physically crossed, is a single-atom size transistor and a single electron used to switch its state from 0 to 1.

Where do the great advantages of a quantum computer come from? The easiest way to explain this is by comparing it to a traditional computer. The device, which we know from everyday work, performs all operations, using basic IT units such as bits. And these can in principle only represent two states: 0 and 1. In the case of a quantum computer, we are talking about the use of an intermediate state, i.e. going beyond the scheme of two opposite values. Kubit (from quantum bits) – because it is called a unit of quantum devices – can simultaneously take the value of 0 and 1, and exactly can take an infinite number of states between 0 and 1. This state is called a superposition. Only when checking the value of qubit, it takes one of two basic states – 0 or 1. It seems that this is a small difference, however, the qubit located in a superposition state can perform many commands at the same time during calculations. The basic principles of quantum physics help us here. Physically, qubits can be represented by any quantum system with two different fundamental states, for example an electron or atom spin, two energy levels in an atom or two levels of photon polarization – vertical and horizontal. While in the classical computer the bit stores two values, two bits store four values, etc., two qubits store not one, and four values ​​at the same time. The direct consequence of this fact is that the quantum computer can perform many operations simultaneously, which a traditional device can not. To make it even more specific: the quantum state in question leads us to a situation in which the machine processes powerful data sets in an unimaginably short time. Imagine such a large collection that their processing would require millions of years if we used traditional computers for this purpose. This completely abstract situation becomes reality when we start talking about the use of a quantum computer. It can count up to hundreds of thousands – and in the assumption – millions of times faster than devices built on advanced silicon components! The ideal application for such a machine is to recognize objects from a huge stock of photos, calculations on large numbers, or encryption and breaking of ciphers. Using mathematical data, this theoretically increase the difference in performance between a quantum computer and a traditional computer to the level of 1:18 000 000 000 000 000 000 times!

Unfortunately, qubits must be completely isolated from the environment, because they are very unstable and can be destroyed, among others, by changes in ambient temperature, external radiation, light or collisions with air molecules. That is why vacuum, super-high temperature and full environmental isolation are necessary. To bring up the interesting and controversial phenomenon we are dealing with, I will give examples of extreme reactions of representatives of the IT industry. Not so long ago, one of Google’s representatives said that the quantum D-Wave computer solved the problem in 1 second. The standard one would probably need 10,000 years for it! On the other hand, there are often opinions like the one made by physicist Matthias Toyer. When three years ago it was announced that the computer The D-Wave2 in a special test solved the task assigned to him 3,600 times faster than a traditional computer, the scientist questioned these results showing that it is difficult to talk about such efficiency, because no evidence confirms it. The best summary of the confusion in this field may be the words of an employee of the National Institute of Standards and Technology in the USA, David Wineland, who said: “I am optimistic that we will achieve success in the long run. However, this “longer time” means that I do not know when it will happen. ” 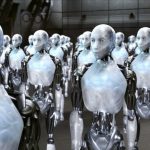 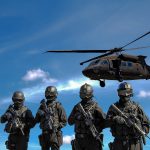