The invisible web that surrounds us, i.e. the Internet of Things

In 2008, there were more of them than people. By 2020, their numbers are set to reach between 25 and 50 billion. Devices connected to the Internet of Things increasingly dominate our lives. 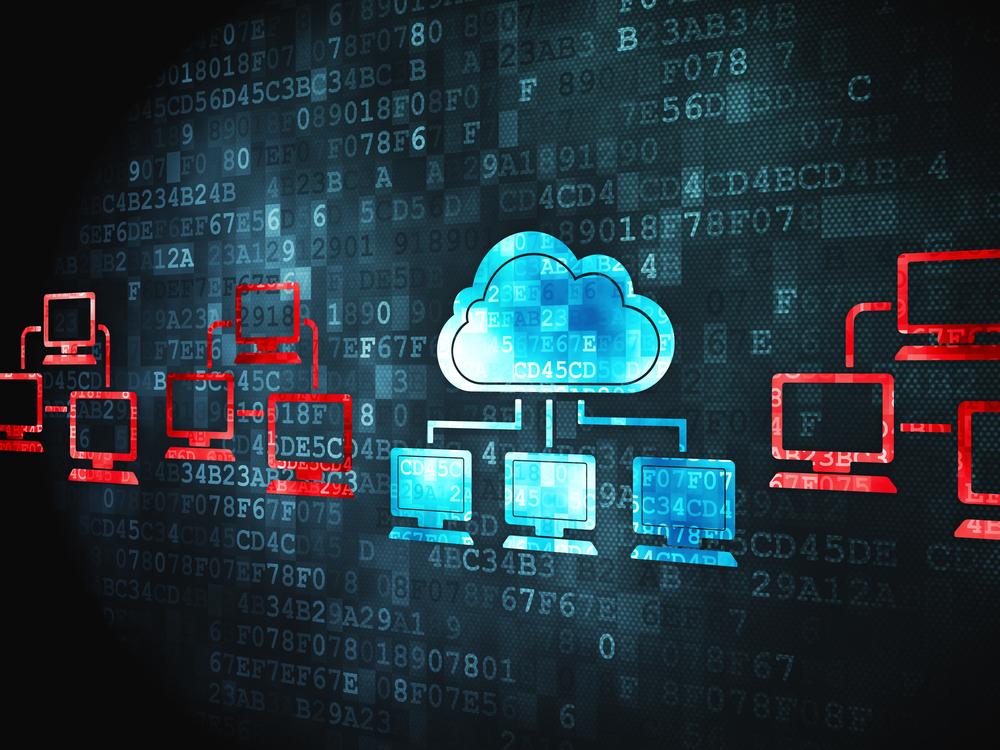 The Internet of Things, or IoT for short, integrates multiple devices into autonomous networks. Such networks rely on software and services that gather data from connected devices and analyze and aggregate and forward it for further analysis and decision-making. IoT devices tend to connect wirelessly making the system all the more efficient.

In fact, neither individual devices nor networks have to be connected to the Internet as the name IoT misleadingly suggests. Devices may operate in independent networks or not be linked to any network at all, in which case they store data individually for submission to a network at a later time.

The name Internet of Things is believed to stem from the recognition that every device that connects to the Internet has its own IP address assigned to it.

Simply put, the Internet of Things is made up of devices and sensors that record or generate data. These may connect into a larger network, usually wirelessly, or be an element of a skeletal network to which such individual devices and software as analyze data and initiate specific actions, connect.

The term Internet of Things originated in 2001 when the company CISCO used it to advertise sensors with built-in IP addresses. In 2003, a counter was made of the approximate number of items making up the Internet of Things. By 2016, the network comprised roughly 5.2 billion devices. Conservative estimates place the number of devices to be connected to the Internet by 2020 at 25 to 50 billion.

In 2016, the Internet of Things market was worth an estimated USD 200 billion. By 2019, it is expected to rise to USD 1.3 trillion. For comparison, in 2006, the world’s total global video gaming market was estimated at roughly USD 100 billion.

Interestingly, the devices considered to be the first to have joined the Internet of Things were the original ATMs set up in the USA in 1974.

Is the heater thermostat part of the Internet of Things?

Not by itself but certainly so when connected to a larger network to form a part of a decision-making chain. A thermostat that responds to changes in room temperature and that is even programmed to turn a heater on and off at prescribed times is not yet a part of a network. However, a system based on a network of such thermostats operating in a home – a temperature sensor outside the house and an air conditioner – enhanced with data from weather forecasts, and historical data on the use of individual rooms in a house, electricity rates and information on the tenants’ vacation schedule, could optimize home heating to, for instance, reduce bills. By then, one can certainly speak of the Internet of Things.

As shown by the above example, the IoT is not only about the way a system responds to simple external factors (such as temperature, time, vacation schedules and electricity rates) but also about the ability to predict events. A system that can do that deserves to be called smart.

Put more graphically: the definition is met by a network whose sensor detects that a parameter has reached a prescribed level and which accounts for additional data and projections to take specific measures.

Interestingly, such measures do not have to be pre-planned. A system may expand its catalogue of events on the basis of historical and statistical data as well as the experience of other networks.

Another interesting example are autonomous vehicles. By 2020, 250 million such vehicles will be connected to the Internet of Things. All car sensors, of which there may be hundreds, make up a separate network within the vehicle. The sensors, typically connected via cables, collect a huge amount of data for further analysis (in BMW 5 series, the flows of such data exceed 2MB per hour). On that basis, the car takes certain actions (it brakes, adjusts travel course and adapts the suspension to road conditions). The data may be forwarded to a greater network that connects vehicles to a service center or – coming up soon – connects vehicles to one another. A car may act independently to make an appointment to conduct an overhaul once its parts reach a certain level of wear and tear. The system considers the availability of spares in the service shop and e.g. the free time in the owner’s calendar. None of such capabilities are very far in the future.

The network may collect a wide range of data types. A water meter will gather data on water use, a thermostat on temperature, car engine sensors – on engine performance, oil level and fuel consumption while road-embedded sensors will collect data on traffic volume.

In themselves, such devices are highly specialized. When not connected, all they do is collect point data. However, when linked to flow sensors in a water supply network, pump performance sensors and throughput sensors in wastewater treatment and water purification stations, water meters can detect that water consumption has exceeded a preset level in a part of a city and, in an extreme case, withhold water supply to less critical parts of the city while continuing supplies to others, such as hospitals and schools.

All such measures may be triggered automatically with no human interference. The key is to create proper algorithms that, based on the available data, will independently take action.

Another example is a refrigerator that collects information on the quantity and condition of the food products it holds and either flashes reminders on an embedded display or flagging by e-mail that e.g. milk is about to run out.

While this is not the Internet of Things yet, a fridge which uses an independently generated list to order the products that are running low from a specified online grocery store certainly meets the definition. A network of such fridges will allow an online grocer to manage its stocks and predict demand for specific products based on refrigerator-supplied data.

The number of machine-to-machine connections will grow from the present level of 5 billion to an estimated 28 billion in 2024. The US and Chinese networks alone are expected to account for 20% and 21% of that traffic respectively.

Cyber attack on a refrigerator

Data is highly valuable. It can be used to improve our lives, our products and the services we use. It may contain important information on our behaviors and the trends we follow.

If the biomedical sensors that are sewn into our clothing connect to a single network and supply data to an insurer, the insurer will be able to prepare a dedicated product that best suits our health condition and lifestyle.

However, the flip side of that coin is that the same data may cause the insurer to raise our premiums or even deny us insurance if our health deteriorates.

Other ways to exploit data may be even more disturbing. Suppose we gain weight. A fitness center may use our data to put together a personalized campaign to advertise a healthy lifestyle complete with a gym pass and classes with a personal trainer. We may end up harassed by an onslaught of customized messages with fitness club and miracle diet ads attacking us on the internet, personal trainer profiles popping up on Facebook, and exercise videos showing up on YouTube.

Our data may also be stolen and used against us. Someone may break into our smart home control system to find out when we take our vacation. Even our fridge may be targeted for a cyber attack.

In 2015, approximately 700,000 refrigerators were infected with a virus used to send spam. In October 2016, 2.5 million web cams in the US and Europe were hacked after which the images they captured were transferred to servers abroad. For what purpose? We may never find out.

Big Data and the Internet of Things

All of the above sensors will generate enormous amounts of data. Suffice it say that a single sensor that collects and transmits information about air temperature once every 10 seconds sends out 3.2 million records within the space of a year. According to estimates, Paris alone is home to more than 500,000 such sensors. However, for the network and the data it holds to be of value, algorithms need to be developed to search the gigantic database and link data to lay the groundwork for further analysis and conclusions. Even the storage of such a colossal volume of data in computer systems poses a major challenge. Hence the popularity of cloud-based solutions.

To handle such enormous quantities of data, it is vital to develop dedicated applications to analyze it for correlations, trends, statistical regularities and critical points. The task often turns out to be daunting, especially where data needs to be analyzed in real time. It is nevertheless crucial to create a structure for data storage and selection to narrow down focus to data that is critical for specific applications or actions.

McKinsey Global Institute estimates the total impact of the Internet of Things on the global economy to amount to US$ 11 trillion by 2025.

The role of humans

We are used to performing many tasks manually. We set our thermostats, turn on lights, switch on air conditioning, physically go to stores, order our food and make our morning coffee. Thanks to the Internet of Things, we may soon be freed of all these and many other chores. Our homes will autonomously control temperature, serve us coffee, use a shopping list they themselves create to do our shopping and water the garden according to weather forecasts. Many simple repetitive tasks will be done by machines and no longer involve people.

All this gives rise to a number of questions. What will we do with all that free time we will gain? Will we dedicate ourselves to work or leisure? What role will humans play in the modern society of the future? Will we be but consumers? Or will we manage to live more creatively? 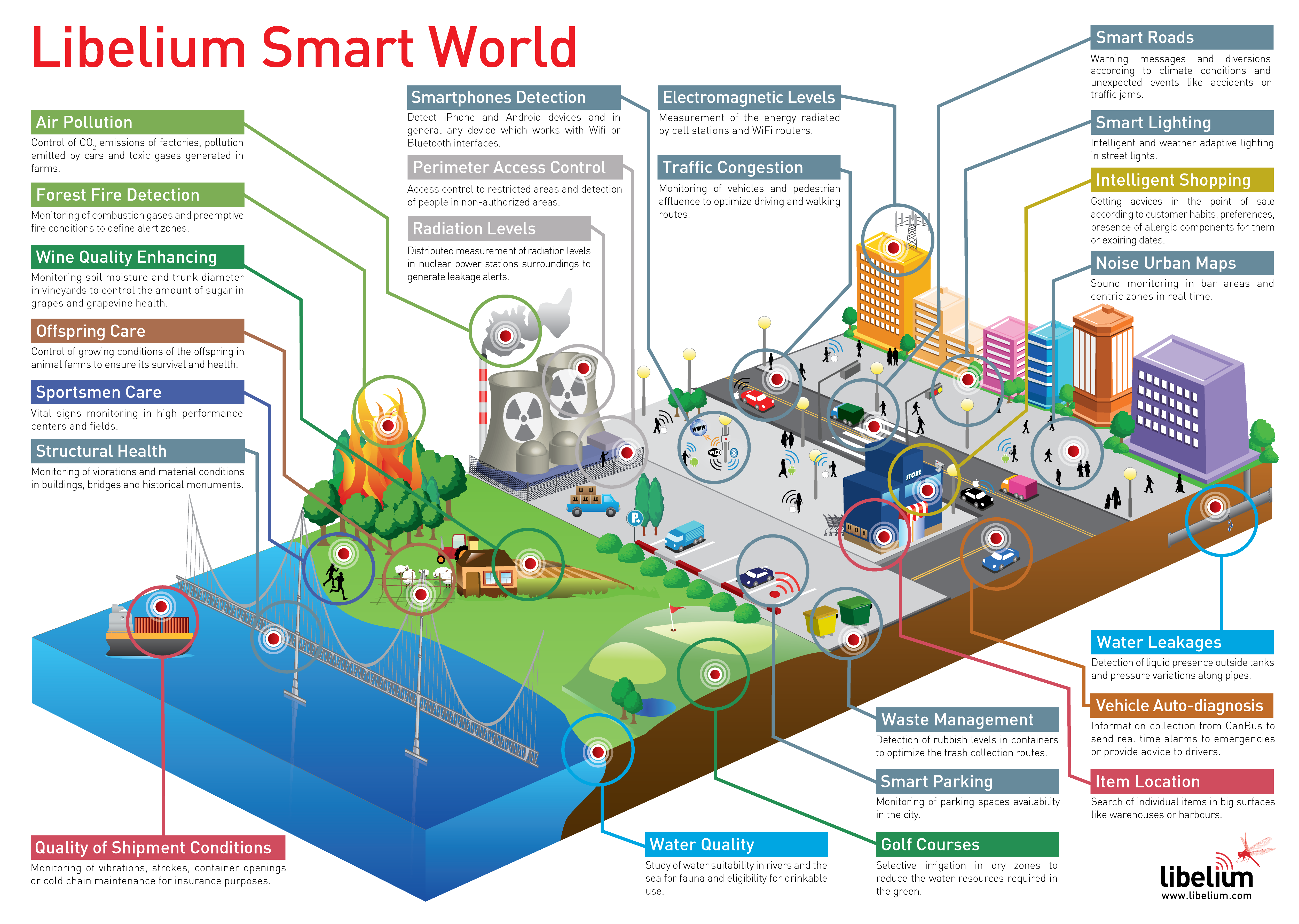 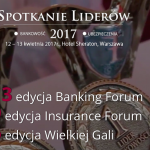 Banking and Insurance Summit Previous
Technological Einstein. Everything you need to know about... Next 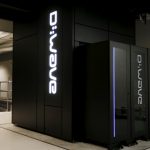 Monetization of customer experience will progress at an increasing pace. Commercialization of this trend began around 2000 when the so-called internet bubble happened. Coincidence?