FORBES: And when will your lawyer be a robot?

In my opinion, it is not enough to be aware that reality has accelerated, and that legal codes are aging at a rapid pace. Politicians, legislators and lawyers now have a great responsibility for changes that may or should not be made.

In my opinion, it is not enough to be aware that reality has accelerated, and that legal codes are aging at a rapid pace. Politicians, legislators and lawyers now have a great responsibility for changes that may or should not be made.

One of the more popular opinions about the impact of Artificial Intelligence on our lives concerns the issue of work. Reports that robots will replace us in factories and offices arouse emotions. “They will slow me down soon, because the robot will cost them 10 times less than me, he will not shout for a raise and he will not need a retirement” – such voices may arrive at the times of the announced industrial revolution. 4.0. The argument that liquidated positions will be replaced by new jobs is, for the time being, hard to hear.

In highly automated South Korea, there are already 437 robots per 10,000 people employed in the processing industry. There are 323 in Japan, in Germany 232. In Germany, the work of a robot in the automotive industry costs an employer 5 – 8 euros, while an employee in the same position earns 35-40 euros.

In an international news agency, the Associated Press, approximately 20 percent of texts on despatches and reports are written by applications. They are no longer inferiority to texts written by journalists.

The fact that automation will have a significant impact on employment policy is also known to media house employees in which numerical data are of key importance (with this type of data the machines are doing very well). At the same time, the law industry may be afraid of robots at work.

According to the British weekly The Guardian, the intelligent algorithm was used to work at the European Court of Human Rights. The program found a number of data in the analyzed reports, which then sorted into specific patterns. Then, on their basis, he was able to predict the result on specific human cases, with an accuracy of 79 percent. According to the weekly, tens of thousands of jobs in the English legal sector will be automated over the next 20 years.

Looking cool at the problem of robotization and automation, it seems that legislative actions concerning labor markets must be taken exceptionally quickly, and labor law awaits many important and difficult decisions. Lawyers in this field argue that modern codices are basically outdated and can not keep up with reality.

We have more questions here today than answers. Is the labor law to regulate the percentage of jobs that the machines or industries are supposed to occupy? Will the employer have the right to reduce human resources without restrictions, in favor of machines? Will the efficiency standards, goals to be achieved be the same for the machine and man? Will the machine be able to perform managerial duties? Do I have the right to refuse to carry out a service order, if I know that it was generated by the machine? Who will be responsible for potential damage caused by the machine – programmer, department head, company owner? Will governments have a responsibility to decide which industries and how will they be protected from over-robotisation?

I think that lawyers dealing with industry 4.0 today, an industry with a progressive social integration of people and machines, can probably count on overtime hours in their offices.

Littler Mendelson P.C., one of the largest law firms in the world specializing in labor law, has a dedicated team dealing in robotics and artificial intelligence. In short, legislative processes in this area will develop dynamically and the predominance of markets based on cheap labor will melt with the development of the robotization and automation process. … 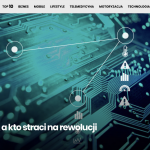 Who will gain, and who will lose in the digital revolution? Previous
When will we cease to be biological people? Next 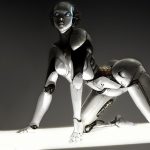