When will we cease to be biological people?

Artificial Intelligence is a great promise to many of us. Better, easier, longer life. Maybe even something more. Perhaps soon we will see a race aimed at increasing the overall human intelligence at the level of entire countries. 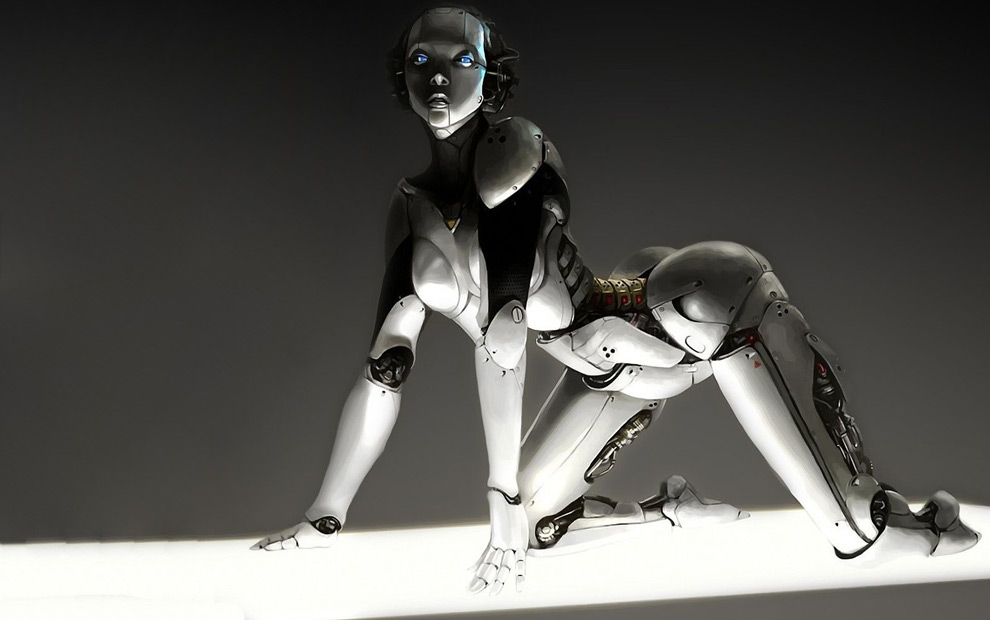 For many people, artificial intelligence holds a big promise of a better, easier and longer life. Perhaps even more. The technological revolution unfolding before our eyes is delivering machine learning, deep learning and cognitive computing (i.e., generally, machines capable of learning from their own mistakes, or from patterns discovered in large databases), and the smart technologies posed to permeate our daily lives, such as autonomous vehicles and the Internet of Things (with its capability to combine devices into one intelligent organism). Also importantly, the computational power of computers has grown exponentially, supported by complex algorithms and neural networks (natural language recognition, voice interaction with humans, analysis of various data types) or quantum mathematics. This, among others, helps support intelligent voice assistants (often acting as empathetic advisors), automated business processes, robotization and the spread of augmented and virtual reality. When will we cease to be biological people?

All these things sound impressive, heralding a qualitative change in our daily lives. Sophisticated technologies not only gradually transform business models and learning tools, but also become pervade our daily lives. With smartphones in hand and virtual “versions” of ourselves on the Internet, we integrate with the growing digital virtual space. Can this progressive technicization of our existence affect our biological, spiritual and intellectual makeup? Will artificial intelligence continue to grow ever more autonomous? And if it does, what will this mean for our collective consciousness as a species? Are we on the verge of an existential breakthrough? Some scientists believe so, claiming that the change is evolutionary and that the key driver of human evolution today is modern technology.

I can still remember the question a friend of mine asked me in my first year of high school. How do you think the ape that became the first man felt?

The question amused me to tears, but despite its evident humor, it contained philosophical content. I recalled it recently while reading the article “Humanity is about to transition to ‘evolution by intelligent direction’” on futurism.com. Its author argues that the human species has entered a new phase in evolutionary development. “I believe we are rapidly heading towards the next evolutionary step into what I call ‘meta-intelligence’, a future in which we are all highly connected, brain to brain. It will become possible thanks to the sharing of thoughts, knowledge and activities, and the technological basis of this process will be ‘THE CLOUD’.”

Having announced the transformation of humanity and its transition to a different level of existence, the author lists the drivers of this process: the wiring of the planet, a brain-computer interface, the emergence of artificial intelligence and the opening of the space frontier.

The Internet is capital

The “wiring” part of the process is largely in place. The whole of humanity is becoming connected to the global web and, within years, every inhabitant of the planet will enjoy full access. This will place new communications options and unlimited digital data, products, services and content at our fingertips. Never before in the history of mankind have we faced a change so widespread and in fact so democratic. Thanks to the “wiring” of the planet, each of us can today or in the near future gain access to the entire global, intellectual and cultural achievements of humanity. Granted, high quality content may only be accessible at a charge and therefore only to some of us. In general, though, all of mankind will benefit. Never before in history have we had so many opportunities to use all of the intellectual value that we create. This unlimited access to knowledge, goods and services can be seen as an improvement of our existence, provided that more knowledge and information fuels evolution.

Within merely two decades, the world wide web has driven the rise of a global economy with its new business models, tools and communication platforms. The freely flow of data sets of cosmic proportions (big data) that the web has enabled is gradually becoming a solid, unbreakable, technological foundation for this economy. Thanks to the global web and its online tools, all or almost all of us can offer business or social products of all kinds to any interested customers. Like no other human invention, the Internet has helped tear down barriers to the growth of our civilization and economy. While the Internet revolution began in the 1990s, with consequences extending into the present day, the 21st-century revolution is about artificial intelligence pervading all spheres of life. Both the web and AI are game-changers.

The brain as part of the interface

The author of the above-mentioned article has also noted that ​​the interface constitutes a direct link between the human brain and the computer. Science fiction fans are very familiar with this idea, which has for years been a popular theme in pop culture and literature. It was pioneered by William Gibson in his novel “Neuromancer”.

What for long has only existed in the imaginations of artists and futurologists, is now becoming reality. The way we interact with computers has hardly changed in decades as we still largely rely on our hands. Soon though, an interface that directly transmits impulses (thoughts, commands) from the human brain to the computer could deliver significant efficiency gains, time savings, and even a sense of closeness with the content we create. Reports on research laboratories developing broadband connections between digital machines and the cerebral cortex no longer blow our minds. One example of such efforts is the Neuralink project by Elon Musk, who invests millions of dollars in research into better and more efficient interactions between the human brain and the machine.

Take, for instance, the American company Kernel, which does research into medical solutions to better understand how the human brain works. Kernel’s founder, Brian Johnson, hopes some day to be able to “expand” the human brain to make people smarter and healthier. Today, Kernel scientists are designing software to help alleviate neurological conditions and disorders such as epilepsy and Alzheimer’s disease.

Their ultimate goal is to implant a chip in the human brain to link people to a cloud. This would expand human memory and enhance our cognitive function beyond imagination. We could connect with other human brains just as today we communicate with other people’s computers or telephones. In this way, we could explore all the content ever created in human history as well as that developed through current intellectual effort.

We would not need computers with storage discs nor external devices. As utopian and fantastic as this may sound, Johnson argues that the ability to implant chips into the human body is no longer in question as an affirmative answer has already been given. The only question that remains is when this will happen. And when it does, are we going to witness the birth of an unprecedented cosmic meta-intelligence? The vision is very exciting, but its consequences are hard to predict. My comment would be that by providing every individual with access to all human knowledge, retrievable within a second, we would inevitably propel us forward in our development leading to the birth of what the author of the said article calls “meta-intelligence”.

Artificial intelligence, supported by constantly developed deep learning models funded by such companies as Google, Facebook, IBM, Samsung and Alibaba, will grow faster and almost exponentially. The total “metainteligence” (both artificial and human) can be the greatest success factor for both companies and nations. For this reason, next to the starting “arms race” in artificial intelligence, we will soon see a race aimed at increasing the overall human intelligence at the level of entire countries.

“Enabled with BCI and AI, humans will become massively connected with each other and billions of AIs (computers) via the cloud, analogous to the first multicellular lifeforms 1.5 billion years ago. Such a massive interconnection will lead to the emergence of a new global consciousness, and a new organism I call the Meta-Intelligence”.

FORBES: And when will your lawyer be a robot? Previous
Reality merges with the digital world. AR is not just... Next