It would be a mistake to reduce augmented reality to mere entertainment value. In the near future, AR may support production and marketing, and soon reveal its innovative potential in architecture and industry. 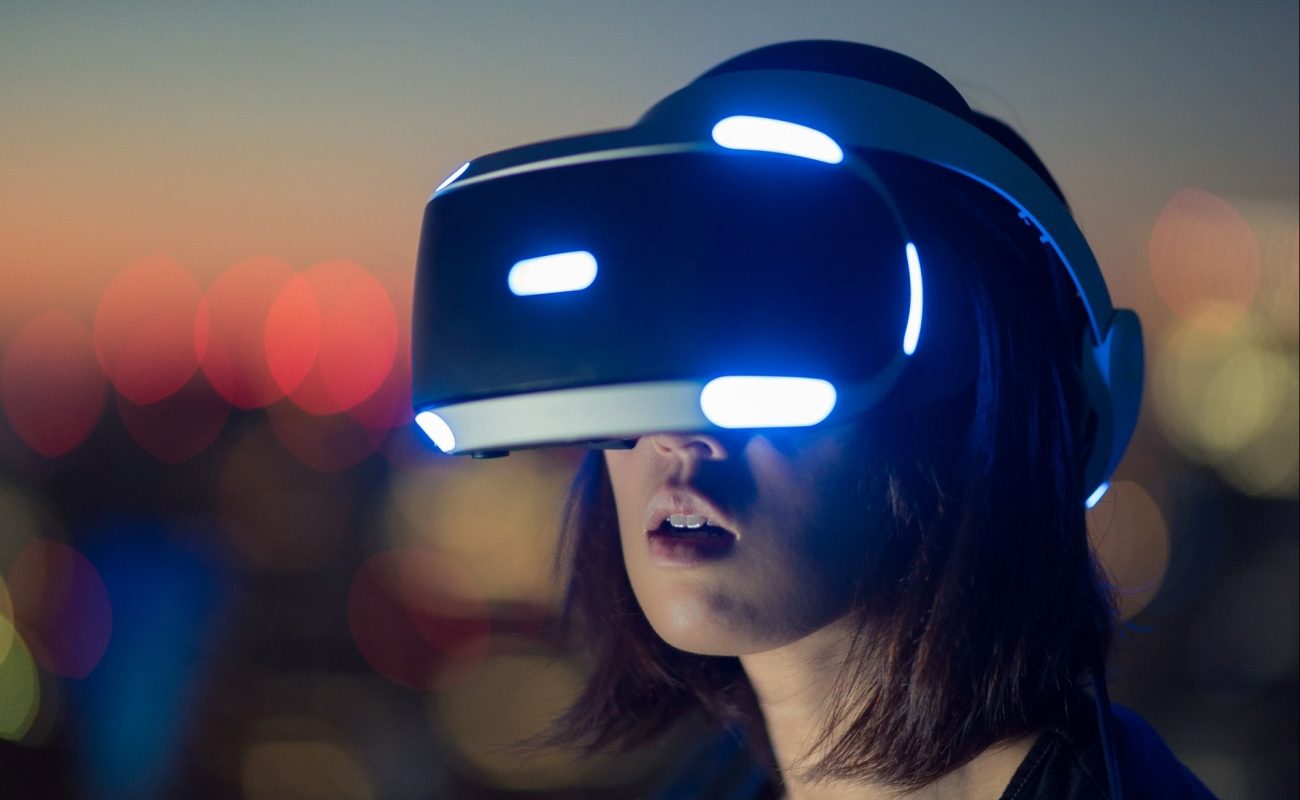 Most people first experienced augmented reality (AR) by playing games on their mobile devices, possibly hunting cute Pokémon monsters.  However, it would be a mistake to think of AR merely in terms of entertainment. AR’s future will be about supporting production and marketing, and it will soon reveal its ability to drive innovation in architecture and other sectors and industries, with the operative word “soon.”

AR blends digital reality with the physical.  Images of the world around us are recorded by a camera and synchronized with computer graphics and 3D animations. The idea is to make the digital and physical worlds appear as one. In contrast to virtual reality, which immerses users in a 3D simulation while detaching them from the physical world, AR knits the two together. And all one needs to navigate AR is a smartphone or special glasses.

Here’s how it will work: Put on the special goggles (which in time will become less conspicuous and, eventually, indistinguishable from ordinary glasses), or launch an AR application on your smartphone, and go for a walk. As you wander along, the names of the stores, restaurants and companies you pass, including any relevant sales and promotions they create, will pop up, displayed in the goggles. Electronic avatars will greet you and usher you into their stores and cafés. Or, launch an electronic translator integrated with the AR app, point your smartphone at objects around you, and reveal their names and natures. The possibilities are endless. AR adds a new layer of information to reality, enriching your experience of the world, and expanding your knowledge of… everything.

Already, most inquiries regarding the potential of AR come from architectural firms, which stand to benefit enormously from spatial simulations. Industry can use the new technology to assemble multiple components. The possibilities certainly do not escape marketers, who note AR’s potential to revolutionize product display. Shoppers could learn about the chemical composition of cosmetics just by looking at them. Wondering whether that jacket will look good on you? Point your smartphone at it and watch a virtual model wear it. AR is the ultimate customer-facing and consumer-enabling technology.

And compare an employee using a traditional manual with one using AR. The employee is repairing a device, looking down (and away from the device) at the manual. The employee with AR is wearing goggles that display the device schematics and all the information needed for its repair. The man who uses AR technology is much more efficient, saving time, cutting costs, doing a faster, better job.

Businesses would be interested in that, wouldn’t you think? 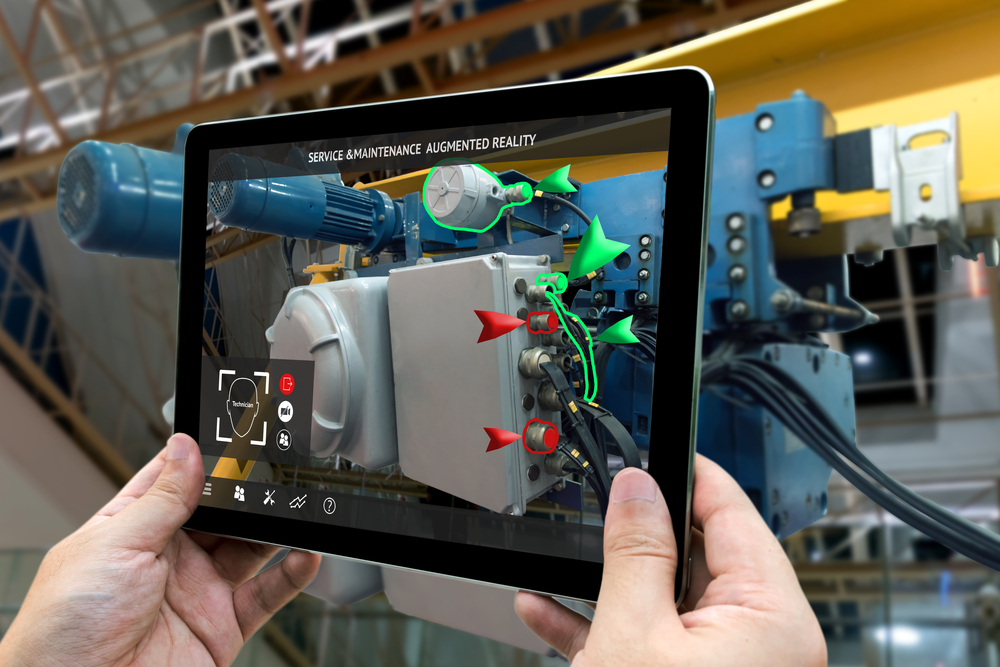 The hard road to perfection

It has taken AR years to make its way out of the labs. There were problems. A year ago, I described the tribulations of Google Glass, which Google hoped would become the first mass-produced device to merge the digital and physical. The goggles were intended to enable wearers to access an internet browser, watch videos, and supply them with massive amounts of information. However, the project hit lots of snags. The goggles tired the eyes very quickly. Legal concerns arose over privacy issues relating to the use of the camera. People did not take well to the headset design. Battery life was a problem, and the field of view left much to be desired.

Tom Emrich, a founding partner of the Super Ventures fund dedicated to new technologies, saw the problem as more human than technological. “For this new wave to be truly immersive, it is critical for digital solutions to bring these aspects of the human experience into the mix to interact with virtual content as if it was the real world. “In other words, for people to adopt AR broadly and enthusiastically, the product must be perfect. And it still isn’t. Indeed, the visual experience has made many viewers uncomfortable.

But engineers are working on that. Last year, Apple’s Arkit hit the market. Arkit is a kit of tools designed for developers that helps scale objects superimposed on camera images (human figures, inanimate shapes, infographics, graphics) and embeds them more naturally in the reality captured by the camera. IOS11 users can now download AR-enabled applications and games.

Although developers continue to face significant challenges, every year brings more progress. Leading tech companies are not giving up on AR. On the contrary, they are competing fiercely. Along with the usual suspects, hosts of start-ups are jockeying for their slice of the AR pie. A recently unveiled technology placed virtual images on contact lenses.It remains to be seen whether that will fly.

Investors and technologists are split between AR skeptics and enthusiasts. Borealis Ventures’ Managing Director Jesse Devitt is skeptical.  “Stop showing me the dragons,” he says. “It’s cool the first time you see it; by the twentieth dragon it gets pretty old. Show me something useful in AR/VR. That’s a lot cooler.Just because you can make something visually stunning in AR/VR doesn’t mean you’re going to raise money.”

That promise has encouraged the giants — Microsoft, Apple, Facebook, Google, and Amazon – to chase the AR dream. And many investment funds in the United States and Asia have been financing AR start-ups. Techcrunch reported that Apple invested $30 million in the start-up Vrvana (which has been working on AR goggles) last November. The idea is to launch the goggles by 2020.

And Apple’s competition is wasting no time.  Facebook bought goggle-maker Oculus Vendor for $2 billion – one in a series of eleven AR-focused acquisitions by Mark Zuckerberg’s company. Google has done the most to bring the technology into the mainstream by launching Google Cardboard, which relies on a smartphone placed inside a viewer. Another Google project, the Tango, still in development, is an indoor navigation and 3D mapping platform.

A report by Digi-Capital, which specializes in AR/VR, shows a significant upswing in investment in both. In 2016, companies poured $2.3 billion into AR/VR development, three times more than in 2015. In fact, 2016 was a critical year for the industry thanks to numerous acquisitions, not to mention the Pokémons.  Digi–Capital predicts the AR/VR market will be worth $100 billion by 2021. McKinsey cites Goldman Sachs predicting that the industry’s worth will be just slightly less, an estimated $95 billion, by 2025. 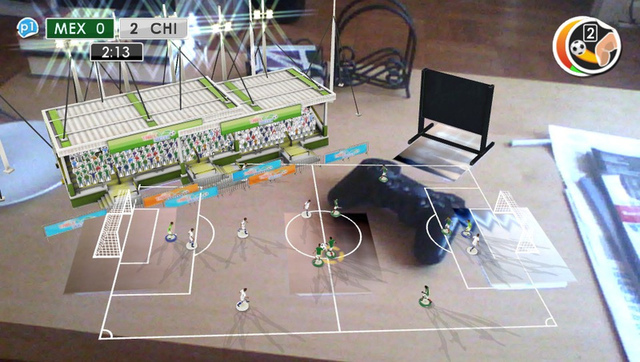 The end of computers?

Will AR render conventional interfaces obsolete, relegating them to future museums of technology? Will screens and keyboards vanish?  Microsoft and Facebook have said that the smartphone, laptop and TV displays to which we’ve grown accustomed will soon become relics. We will always be hands-free, using our eyes and imaginations to operate our devices. For now, AR development is expected to remain based on the smartphone. For how long, it’s difficult to say. Will we ever be able to control all our information flows by moving our eyes?

AR development will require a great deal of funding, and, before the AR future arrives, a lot of improvement. It is equally unclear whether users will accept the glasses – the central piece of the AR puzzle. The key stumbling block to the technology’s development may simply be human psychology. Do people want to wear devices on their faces? Are they okay with knowing they may be recorded when someone gazes at them through technologically-enabled lenses?

It’s possible AR may not become a universal or commercial technology. Instead, it may be embraced only by a handful of specialized industries (architecture, manufacturing, marketing) while individuals will show little or no interest in experiencing reality with a digital, virtual overlay.

But no matter which scenario comes to fruition, or how long it will take, I am confident that the potential of AR technology is truly enormous.

A conceptual view of how augmented reality may be used in the future. 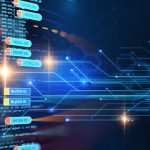 BlockchainTech Congress 2018 Previous
Artificial Intelligence will do everything for us - say... Next 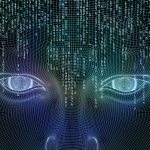