Business Insider: Will quantum computers enable us to defy the laws of physics?

Computers depend on the algorithms and hardware and their capabilities and limitations. Imagine what will happen if you manage to remove these restrictions forever? What would then the capabilities of modern quantum computers be?

What has made quantum computers so exciting lately? Perhaps the fact we are approaching the limits of computing capabilities of the kinds of transistor-based machines we have long been using. They are limited by the laws of physics, which prevent us from packing more processors on a chip board.

Today’s processors consist of billions of transistors, each a few nanometers in size, crammed onto a very small surface. According to Moore’s law, the number of transistors in a microprocessor doubles every two years. Unfortunately, computational power increases have slowed down lately. This is because we are gradually reaching the technological boundaries of how many transistors can be “crammed” onto such small surfaces. The limit, which can not be exceeded physically, is transistors reduced to the size of a single atom with a single electron used to toggle its state between 0 to 1.

… and its kid brother, the quantum computer

Quantum computing relies on the intermediate state, thus moving beyond the scheme of two opposing values. The qubit (short for quantum bit), which is the quantum unit of measure, can assume the state of both 0 and 1 simultaneously or, to be precise, take on an infinite number of states between 0 and 1. This property is referred to as superposition. Only when the value of a qubit is checked does it ever assume either of the two basic states of either 0 or 1.

While the difference seems to be minor, a superpositioned qubit can execute multiple calculation commands at a time, helped by the fundamental laws of quantum physics. Physically, a qubit can be represented by any quantum system with two different fundamental states such as an electron or atom spin, two energy levels in an atom, or two levels of photon polarization – vertical and horizontal.

This completely unreal situation becomes reality when using a quantum computer. A machine of this kind can process data even hundreds of thousands, and theoretically millions of times faster than devices relying on advanced silicon components! An ideal use for such a machine would be to recognize objects in a huge stock of photos, process large numbers, or encrypt and decrypt codes. By using mathematical data, we can theoretically increase the performance advantage of a quantum over a conventional computer to 1:18 000 000 000 000 000 000 times!

The creation of quantum algorithms is a big challenge as they must adhere to the laws of quantum mechanics. Algorithms executed by a quantum computer follow the laws of probability (hence, they are referred to as probabilistic). This means that if the same algorithm is run twice on a quantum computer, the randomness of the process may cause it to produce different results. Simply put, in order to generate reliable calculation results, one should apply the principles of probability.

Quantum computers are perfectly suited for specific highly-specialized calculations that rely on algorithms to harness their full power. Some of the most common applications of probabilistic algorithms are the Miller-Rabin’s test of numbers for primality (which has extensive applications in cryptography) and Quicksort, a rapid sorting algorithm. All this means that quantum computers are unlikely to appear on every desktop or in every home any time soon.

However, no matter how long it takes for a given algorithm to generate a result, we can easily imagine, even today, a scenario in which a quantum machine is needed to solve a specific problem. 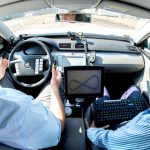 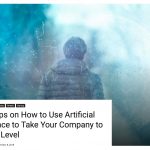