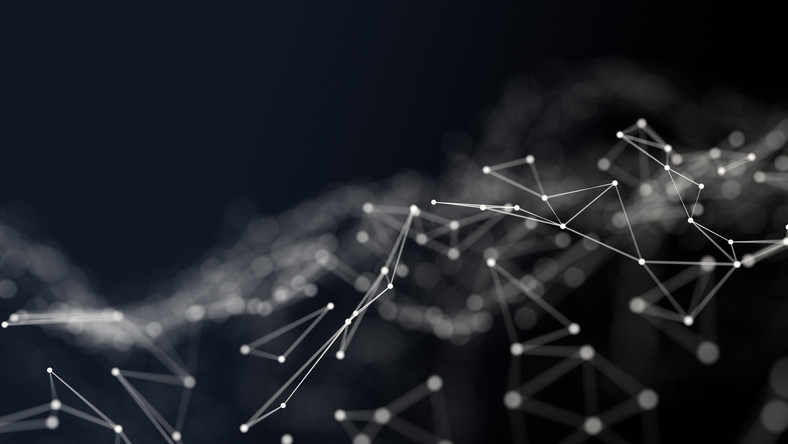 Blockchain can definitely affect social organizations. Can the new technology be used successfully in public administration as well? Will it help governments inspire trust in citizens and make the latter feel they are better represented in public institutions?

If blockchain becomes universal, we will be able to declare our taxes more conveniently, buy houses faster and more securely, exercise better control over the decisions of public administrations and store and make available our data in public registers. Public administrations and even state governments will gain a tool to better manage not only the economy, but also public interest. In keeping with its obligation to use funds efficiently, the public sector could generate huge savings as, by definition, blockchain cuts out costly intermediaries from the transaction process. Hence, benefits could be gained by both the average citizen and society at large. What is crucial in the context of public administration is that blockchain can be highly trustworthy. Any two parties who have never seen, known or even trusted each other can conclude a contract confident that no fraud is possible.

We are victims of documents

What are the expectations of the citizens who approach a public servant? The answer is simple. They want clear legislation, a service delivered in a friendly and competent way, efficient procedures, the confidence that their personal data will not be abused, and low transaction costs.

Is all this delivered to regular citizens? Unfortunately, the question is purely rhetorical. The reality is very different and fraught with complex document flows, repeated prompts for the submission of personal data in completing even the simplest formalities, and constant changes to legislation. The public servants across the desk devote most of their time to handling documents. What is worse, the documents come in different formats that are difficult to harmonize and require extensive safeguards and administrative procedures. Public servants are forced to grapple with constantly changing legislation and its interpretations. This makes for a very complicated environment that erodes trust between the parties involved. And yet, things could be very different.

Can the chaotic system be changed?

Managing dates of birth and death, civil status information, business registers, tax liability and insurance details takes massive information silos. More importantly, information flow rules must be codified, which is not an easy task in a constantly changing environment. To complicate things even further, individual public administration sectors use their own standards, often incompatible with those applied by other organizations. Even the most innovation-friendly governments find it daunting to manage data flows, process and validate data, and ensure IT security and safe disclosures to multiple parties. Could a universal system simplify data flows between citizens and public administration, offering convenience and a sense of security to both sides? Yes, it could. All that is needed is the political will and a green light from decision-makers. Every institution that handles invoices, documents, access codes and authorization tools should naturally be interested in the opportunities offered by blockchain.

The biggest benefit of blockchain is transparency

What makes public administration unique is its geographical distribution, the huge responsibility it shoulders, its mission and its inherent need for transparency. In one of my previous articles, I have already emphasized that blockchain’s transparency makes it perfectly suited for use in areas where transparency is critical. This is precisely why the technology might be of great interest to public institutions and offices. Not to mention us, the citizens.

Blockchain can also help respect one of the citizen rights enshrined in our political system, namely the right of access to public information. Besides benefitting governmental agencies and people in charge of issuing licenses and administrative authorizations, blockchain could help regular citizens.

Its very practical application could be to simplify relations between citizens and public administration bodies, protect critical public data and facilitate asset management. Deployed on a mass scale, it would provide every person and organization with access to virtually all the data that concerns them. The most obvious case is that of linking basic personal data with records of previous interactions with organizations and offices, with the respective data stored in an encrypted database. End users could authorize offices to access specified parts of such individual ledgers. Such access could be enabled with cryptographic rules set up in blockchain that would govern the use of public and private keys.

Security is paramount for both financial operations and the work of governmental authorities. Any technological solution used for these purposes must guarantee security. However, even the most sophisticated encryption systems can never ensure absolute security. With that in mind, we must remember that blockchain is among the technologies that can efficiently eliminate the threats that result from data tampering. This public ledger technology stores transaction data on multiple computers in a network in chronological order. In a nutshell, each transaction is recorded in the chain of what is known as blocks based on the information encrypted during previous transactions (to learn more about how blockchain works, see my previous articles). Anyone seeking to modify a transaction would have to modify all previous records throughout the blockchain. This would require the consent of other network users (blockchain is consensus-based), enormous computational power (comparable to that of the entire Internet) and specialized quantum computer algorithms (luckily, this technology is still in its infancy).

The reason for this is that there is no central agent to decide on the legality of system changes. Instead, all computers in a chain follow a protocol, setting the stage for automated consensus. Through this mechanism and its encryption system, the blockchain upholds the highest security standards. Having said that, lawyers and legislators must consider several key questions regarding the practical use of blockchain. To what extent are smart contracts legally binding? Will blockchain data be admissible in court? Do blockchain encryption methods require extraordinary standards if the technology is to become a universal ledger? 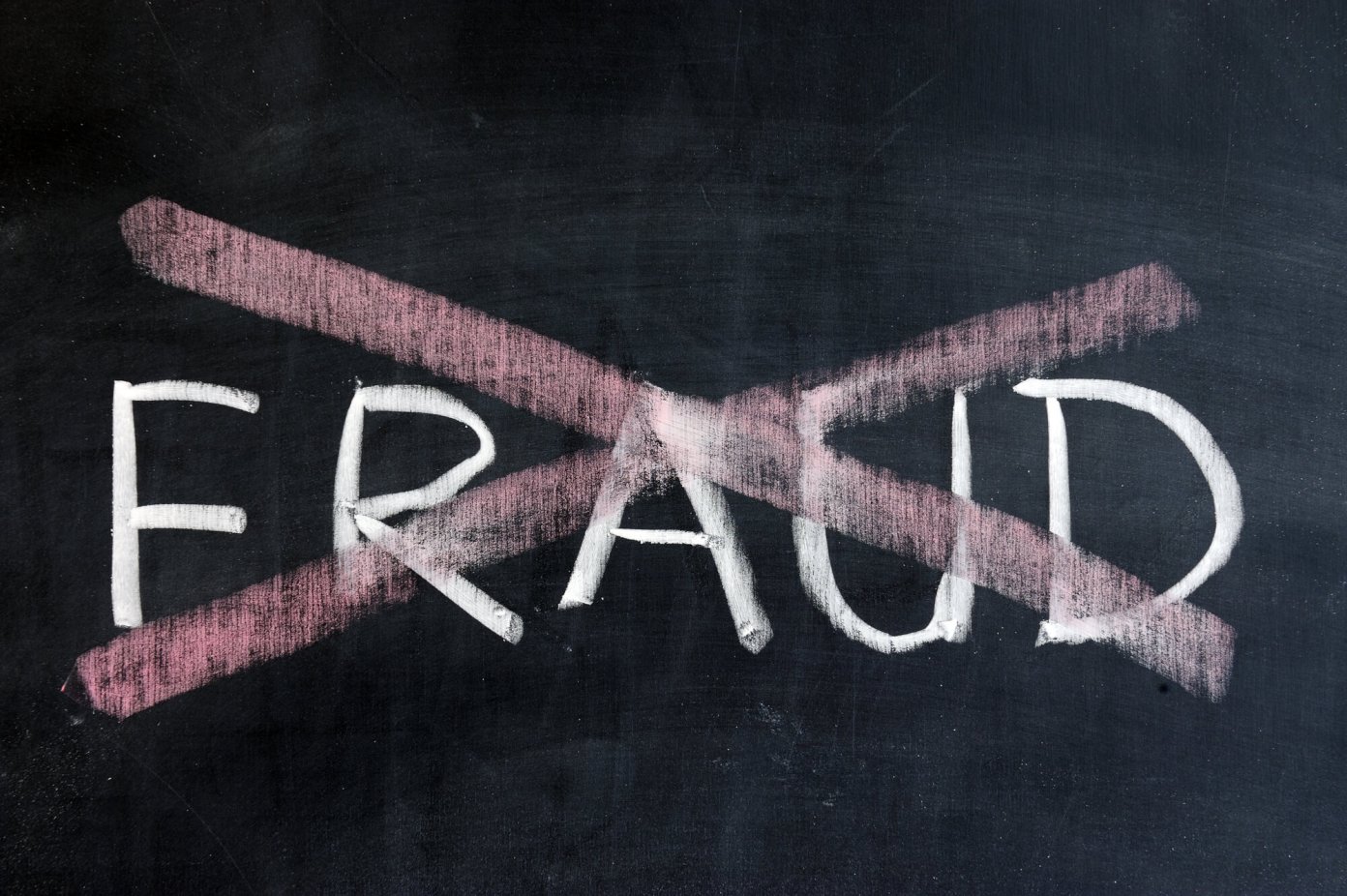 Even though the lawmakers tend to lag behind new technologies, those who trust the technologies can overcome all odds. Such was the case of Estonians who resolved to adopt blockchain in their public sector and who have been testing blockchain solutions for many years. The Estonian government is currently using the Keyless Signature Infrastructure (KSI) to secure nearly all public data. This enables public servants to monitor dataset modifications. They can see who changed a record as well as how and when it was changed. Among other applications, KSI is used by the Estonian health care system to run electronic IDs. The Estonian “e-residence” system helps authenticate commercial contracts, register companies, and compile eligible voter lists.

The decision to use blockchain has been made also by the government of Sweden, a country where real estate transactions involve huge amounts of money (their total volume in Sweden exceeds the country’s GDP). Real estate trading in Sweden is intense and essential for the country’s economy. Nevertheless, documenting property rights transfers has always been painful for the citizens as it entailed exchanging many traditional documents. The Swedish government is now seeking to digitalize the process. It is testing a mobile application that would make transactions easier for all the concerned parties, whether it is sellers, buyers or banks. Blockchain would help register changes in real property status. This would render obsolete the paper documentation which runs into hundreds of pages. Importantly, sales closures, which often take weeks to complete, could be done in a matter of hours. This is possible thanks to the blockchain-based smart contract mechanism. Every real estate buyer could use an algorithm that defines conditions necessary for completing a transaction. If all these conditions are met, and the algorithm confirms it, property rights can be automatically transferred to the new user. This would fully eliminate the need for intermediaries, who now generate or monitor complicated legal provisions.

Solutions similar to the Swedish ones are currently tested in Georgia. Through its National Public Registry Agency, the Georgian government is seeking ways to use the blockchain to register real property and land ownership. The U.S., in its turn, has seen strong lobbying for the adoption of blockchain in public administration. The potential of this technology is being tested by the General Services Administration, the Health and Human Services Department, and the Department of Homeland Security. In the Netherlands, plans are made to use distributed ledgers in tax offices. No declarations have gone as far as those of the Dubai government which has committed to using the blockchain to run all public services by 2020.

Link to the article (in Polish). 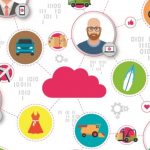 Shared economy - sounds like a utopia? Probably so Previous
How to handle DATA so that you do not go crazy? Next