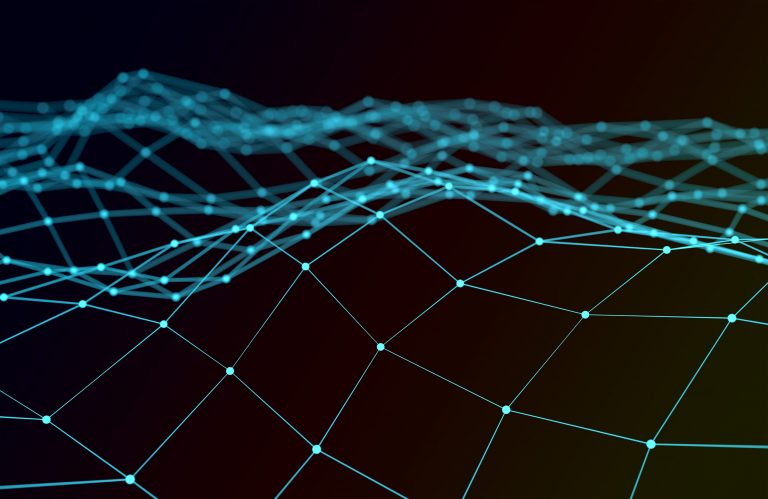 Over the last two years, scores of publications have appeared and countless debates have been held on AI trends and technologies. This year, the media and bloggers focus their attention on the blockchain. While the technology may not be as explosive a topic as robotics, intelligent cities and autonomous vehicles, it is becoming hotter every week. It is, in fact, every day that I hear of new technological and business implications of blockchain.

The topic often becomes a priority in my meetings with clients. The frequency with which smart blockchain-based contracts are brought up in conversation stems from the recognition of the huge potential of self-executing processes and automated decision-making and task performance. I also observe the coming to terms with this new trend on many levels of society. Blockchain is no longer the exclusive concern of cryptocurrency investors. And although, for the time being, the technology is pursued mainly by large financial institutions and the energy industry, some of its features may well make it as commonplace as e-mail and the Internet within a matter of years.

A key feature of the blockchain is its ability to cut out the middleman by bringing transaction parties into direct contact with one another. In 1994, the lawyer and cryptologist Nick Szabo realized that blockchain could be used to conclude contracts without intervention or authorization by any party. Such contracts could be concluded automatically once the relevant contractual terms have been met. This is how the idea of ​​smart contracts came into being.

Blockchain contracts can be converted into computer code that allows an asset or currency to be transferred to a blockchain-based program. The program runs its code and automatically checks whether a condition stipulated in the contract has been satisfied and, on that basis, whether an asset should be transferred to a transaction party in payment or be returned. In the meantime, the blockchain block stores and replicates the contract, keeping it secure and immutable. By doing so, the blockchain automatically updates information on e.g. asset and currency transfers and the receipts of products and services.

Payments for ordered goods are triggered automatically once goods are delivered to the recipient’s warehouse and/or pass quality verification. The payment is made without human intervention after the delivery of even a single unit has been confirmed by the logistic system.

The advantages of smart contracts

The possibilities of launching smart contracts vary from one blockchain system to the next. For example, NXT is a public platform that supports selected smart contracts. Unfortunately, at this stage of development, users are barred from creating their own contracts in the network. However, they are free to use any of the existing templates. The most popular and probably the most advanced public blockchain platform is Ethereum. Theoretically, an Ethereum contract can be drawn up by following any logic. Unfortunately, the technology is still highly complex, and the use of the language employed for its contract logic, called Solidity, is highly difficult and demanding to use.

Waiting for a killer smart-contract app

I am watching the new technology, waiting to see it win over successive communities and professions. Last March, Muscovites were given access to the blockchain-based platform Active Citizen designed to connect members of micro-communities. Launched by the city authorities, the platform is intended to support the casting of votes and the adoption of resolutions in neighborhoods. The blockchain debate has also spread to Europe. In February 2018, the European Commission resolved to set up a blockchain observatory.

All this shows that although the technology may not have yet revealed its full potential, it is ready to support its first business applications. It will take a few years though before the full potential of smart contracts is reached. Analysts project that full capabilities will be available by 2025. The technology we are observing today is merely nascent. Perhaps in a year or two, the secrets of smart contracts will have to be explained to a wider audience. Could we use Pokémon-like madness that showcased the capabilities of augmented reality? We may well have one. Futurism.com has recently announced that the blockchain-based Ethereum (ETH) game Cryptokitties has raised $12 million for its development.

Check out these examples of how smart blockchain-based contracts could change our lives in the near future:

In a single pithy sentence, Vitalik Buterin, the creator of the Ethereum ecosystem, has summarized the benefits of blockchain for urban transport. “Instead of putting the taxi driver out of a job, blockchain puts Uber out of a job and lets the taxi drivers work with the customer directly.” Arcade City is an example of a startup based on operating principles that are similar to those of Uber and Lyft. The difference in Arcade City is that the drivers who use the blockchain function, which keeps track of all interactions, can already fix the rates they charge and build their own customer base. They can also employ smart contracts to close deals for specific routes.

However, before independent carriers appreciate the blockchain, the technology may be noted by industrial transport sector. A distributed transaction log may come in handy wherever shipments need to be traced in real time. This is especially useful in multi-level information architecture that requires multiple confirmations and authorizations and where trust is of the essence.

That is precisely why the Antwerp port authority has chosen to use the blockchain. The technology makes life (and communications) easier for shippers, drivers, support providers and any other businesses involved in the distribution of goods. It supports the tracking of shipments from the manufacturer to the final customer with a simple mobile application that directly accesses blockchain records. This simple service makes do without large and complex ERP or SCM systems, which also allows it to keep the costs down. What is more, smart contracts saved on Ethereum automatically execute direct payments and process shipping and receipt acknowledgements without confirmations from users or customers. Everything is secure and instantaneous.

Tens of millions of passports, which of course are traditionally on paper, are counterfeited world-wide every year. Some countries are already engaged in advanced projects to digitize such data. Dubai is working to develop digital passports. This field is another possible application of blockchain. Sooner or later, public administration should accept the idea of ​​keeping their records digital and unforgettable. All information used to identify citizens and any other citizen-related data could be kept in a single global decentralized blockchain-based peer-to-peer database. Forging a document would require breaking into and modifying a blockchain, which is practically impossible. What is more, any change to or entry in such a document, such as a visa or transit annotation, would be saved permanently. One can only imagine how this would increase security and data transparency.

Will blockchain make the bank account a mere memory? This is not entirely out of the question. The cryptocurrency community view traditional money as archaic. They argue that all financial operations can be performed by means of an unfalsifiable string of characters shared directly between the members of a given network. The banking community has already recognized the blockchain as essential for the upcoming changes. Last year, IBM carried out a survey of 200 banks. As many as 65 percent of them revealed plans to launch blockchain projects within the next three years. I think it is almost 100% certain that blockchain will become part and parcel of this sector. This may well mean that ordinary cash customers will no longer require bank intermediation.

Blockchain can become a critical tool for the public to control politicians. Future blockchain-based tools may prove irreplaceable in overseeing the electoral process, with blockchain’s ability to act in real time coming in handy. Vote tracking and counting will no longer require large electoral commissions that perform multiple activities. Voters could be given a useful auditing tool to ensure that no votes are deleted or added. Just how crucial that is in politics goes without saying.

Making the cloud even safer

The blockchain technology is likely to be valued by medium-sized businesses. Applications that group datasets and support joint transaction authorizations are set to gain popularity. Even as a small business owner, you are likely to keep your business data in a cloud at more than a single address. Owing to its distributed architecture, blockchain is a perfect fit for such decentralized environments. It divides files into small pieces and saves them to multiple locations. Every new piece that it generates becomes part of the blockchain. Information about file uploading or downloading is shared with all network users, who can authorize the entire process. Distribution and joint authorization give the user a sense of added security. The value that such solutions bring to smaller or larger businesses and their potential to further their growth is beyond question.

While the tech industry enthusiastically welcomes the capabilities of blockchain, marketers and trend researchers have responded with considerably more poise. Smart contracts may be difficult to embrace psychologically. As you may well remember, once an algorithm recognizes that proper conditions have been met, a contract will self-execute. Blockchain fans see this as a sign of technological intelligence. They stress that automated contracts do away with red tape, superfluous middlemen, “third parties”, ambiguous terms and conditions, and, by doing so, even reduce court workloads. Skeptics, in their turn, point to human reluctance to entrust such matters to algorithms. Not everyone can live with having no humans involved in the drawing up and conclusion of contracts. The approach of skeptics resembles that of drivers who swear they will never get into an autonomous vehicle or allow an IT code make decisions concerning road safety. Personally, I refuse to believe that disagreements over some aspects of blockchain operation could keep it from transforming the world.

Futurism.com, VICTOR TANGERMANN, Cryptokitties Are Like Pricey Beanie Babies, And Just As Devoid of Value. I thought I was buying a cryptokitty, and all I got was a picture of a dumb cat, link, 2019. 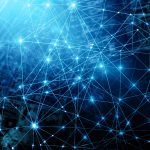 The Quantum Internet: A nightmare from a spy dream Previous
In the digital economy you are for sale Next 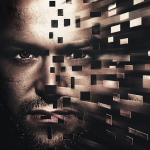