Atos does not exclude acquisitions in Poland

Atos Group, which worldwide grows through acquisitions, does not exclude acquisitions of other companies also in Poland – said in the interview for Polish Press Agency (PAP) Norbert Biedrzycki, Chairman of The Board of Atos Poland.

Atos does not exclude acquisitions in Poland; in public segment it wants to compete with the biggest

Atos Group, which worldwide grows through acquisitions, does not exclude acquisitions of other companies also in Poland – said in the interview for Polish Press Agency (PAP) Norbert Biedrzycki, Chairman of The Board of Atos Poland. In his opinion, Atos Poland is in the possession of the knowledge and competences to challenge the biggest players in public segment.

„Atos Group all over the world grows through such form of growth. I do not exclude, that such model of development will in the future become effective also on Polish market. We carefully observe our domestic market, however we do not conduct any negotiations at the moment” – said to PAP Chairman of Atos Poland, when asked if the company considers acquisitions in Poland.

Biedrzycki, who manages Atos Poland since the beginning of 2016 among the goals he wants to achieve, mentions bringing out the potential of the organization and improving its competitiveness.

„My role as the head of company is fresh look at the business, the potential and the possibilities in our organization. In my opinion the chances are immense, now we just have to make proper use of them together with Atos Poland’s team. My first task was the proper set up of the team and processes in a way we could become the most competitive company on the market. This task was successfully planned and implemented within recent months” – he said.

„The next step is to focus on the development of the company – both in terms of business and the size of the team. I am very optimistic about achievement of these objectives in the very near future” – he added.

He informed, that Atos currently focuses on the sectors, where it was always very strong: telco, finance, energy and gas as well as industry, trade and transport.

The group hopes to strengthen in the public segment. Biedrzycki, asked whether Atos has the potential to throw down the gauntlet to the biggest IT companies, said: “We have the knowledge and competences both in private and in public sectors. The public one is strategically important to us and the strength of our potential is obvious – this is why the gauntlet is being thrown down by us on very regular basis.”

In the segment of public Atos runs, among others, the projects in ZUS, Ministry of Finance or Ministry of Treasure. In the current tender for the maintenance of KSI ZUS (one of the biggest tenders of recent years in IT industry) on the short list are: Asseco Poland, Comarch, a consortium of HP and Capgemini and Atos itself.

Biedrzycki informed, that he expects single-digit growth of the IT market in Poland. The company itself wants to grow through entering new areas.

„We expect the growth by entering into new niche areas, new technologies and new operational model to serve our clients. We also plan to use different models of services commercialization” – he said.

Atos Societas Europaea is an international leader in IT services sector, reaching annual revenue of 12 billion euro and employing approximately 100 thousand employees in 72 countries. It is a company listed on NYSE Euronext Paris. 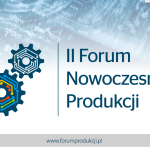