The astronauts returning to Earth, find the world in which nobody works - artificial intelligence supported by modern technologies performs all duties.

In Stanislaw Lem’s “Return from the Stars”, the astronauts returning to Earth, after many years in the universe, find the world in which nobody works – robots and artificial intelligence perform all duties. It turns out that the astronauts have absolutely nothing to do. Their willingness to work is totally incomprehensible to others and they become alienated and consigned to the margins of society. As a result, astronauts decide to go back to the stars and, using the relativistic effect, wait for another several dozen of years in space travel, until life on Earth changes again – they run away from the world of robots.

Lem’s novel was first published half a century ago. I am returning to it now, in the times of digitization, when the computers have become smarter, more independent and more efficient than ever before. What’s more, we’re reaching a point where they might start working better than us. Is our world and our jobs at risk?

Such concerns are nothing new. Already at the beginning of the Industrial Eevolution in the 19th century England, a radical social movement was created – Luddites protested against changes caused by the invention of a weaving machine. They raided weaving plants and destroyed looms. Why? They were afraid that the machines would take their jobs. Thus, the British Parliament was forced to pass a resolution, according to which any destruction of a weaving machine was considered a crime subject to the death penalty. Even though nowadays it appears implausible, 17 Luddites were executed in York on the basis of this resolution. In the past, the fear of machines took even grotesque forms. In the United States, labor unions of painters in the 1920s prohibited their members from using pneumatic paint sprays.

On one hand, the Great Depression deepened such fears, but on the other – those who saw an opportunity in the robotization (at that time – rather mechanization) gained popularity. For example, Keynes forecasted that the technological development would relieve workers and allow to reduce the working time up to 15 hours per week. The nightmare scenarios did not unfold – the mechanization of production contributed to the increase, and not decrease, of jobs. In 1910, the American automation industry employed 140,000 employees. In 1920, as mechanization progressed, the number of employees surged up to 250,000, in 1930 – to 380,000, and in 1973 – 941,000!

Nowadays, we work much less than ever before, even though it may seem unlikely. The data from the United States allow to examine the longest periods (Penn World Tables): in 1950, the Americans worked on average 1909 hours per week, in 2010 – 1700 hours, but the number of jobs has not decreased. Quite the contrary, it increased by over 50%. Additionally, the salaries have also increased – each year, on average by 2 point above inflation.

However, old fears die hard and they keep coming back over the last few years. Now, the fear of machines has been replaced with the fear of robots. Gartner, in his report, argues that as soon as in 2025, robots will take 1 out of 3 jobs. Currently, the figures do not confirm this thesis – in the record year 2013, the companies worldwide purchased only 178,000 robots of different type (according to the International Federation of Robotics). By comparison with all labor resources, it is not the volume that may be considered a breaking point.

The robotization process does not rob the employees’ of their sleep either. They are more concerned about cheaper labor force with better qualifications. In addition, they are unsure whether they will be able to satisfy new requirements of their employers related to the technological development in companies. Therefore, the presence of robots in a company is not the worst risk, but the fact that the employees will not be able to use them properly or work with them.

Past experiences show that the technological revolution does not destroy jobs. For some employees, it means lower salaries and, in a worst-case scenario, loss of job and unemployment, but for the society as a whole, the effects are positive – growing demand for labor and improved living standards. Nonetheless, the subsequent revolutions will dramatically change the work as such. The standards for the employers are constantly raised, thus, satisfying their new requirements is more difficult than in the past. Therefore, fears shown in the American research are justified. It seems crucial to prepare the employees for this process so that it evolves gradually, without revolutionizing the labor market.

The responsibility for such adaptation may not lie only with the employees. It is our shared responsibility. Such changes should be implemented in cooperation with the employers and the whole society. They require fundamental reform of the educational system, including in particular vocational education. First of all, we need to start perceiving the robotization process as an opportunity, not a threat. Finally – as JFK said – if we are able to create machines that deprive people of their jobs, we should not find it difficult to create new employment opportunities for such people. 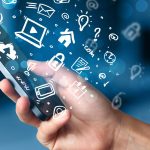 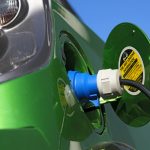