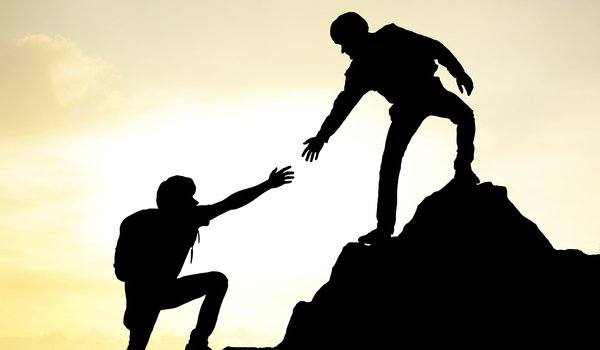 So, you have the power to inspire people and an appetite for innovative projects? Excellent. Test your resolve now at a meeting with the board or an owner who tells you that – yes, your project can get greenlit, but … (here comes the familiar list of references to company strategy, the current market standing, the company’s set-in-stone long-term mission, and temporary budget constraints. Add to this shareholder expectations, current industry trends and the personal preferences of the CEO or the owner … leadership expectations). Won’t your determination sag?

You suddenly realize just how strong the web of interdependencies within and outside of your company really is. And that no one controls them. Yourself included. So what do you do? Shelve your plans and ambitions? Not so fast. What you must do is recognize (early enough) all the mechanisms that will always make life difficult for a leader who is striving to succeed. You will run into them regardless of what industry you are in and what kind of a dominant business culture is in place. You have to name and tame them effectively, and that is achievable. Below are examples of three of the forces we face seeking to put our managerial plans into practice.

The intriguing case of Mark Zuckerberg

I’ll start with a digression. Recently, as I was writing this article, I read that the creator of Facebook announced a set of new, strategic objectives for his platform. Many of us would be surprised by his ideas, to say the least. At the core of the portal’s new strategy lies “private messaging”. It’s about the security and privacy of the people who use Facebook to communicate. Facebook and respect for user privacy?! It is hard to avoid sarcasm. The company’s mission so far has been to build a global community based on the open data sets of users. The strategy’s side effect was Facebook’s carefree approach to data protection. And this, as we know, has caused a slew of problems, including the big Cambridge Analytica scandal. Actually, Mark Zuckerberg is quite vocal about how controversial the new mission must sound coming from him. Why am I raising this point in a discussion on the limitations faced by a leader?

Keep your perspectives broad. And do not count on being listened to

I can just picture the faces of former Facebook managers who once vouched they were prepared to “die” for privacy protection. Perhaps they did not manage to stick to their guns until that moment in the company’s history. Perhaps they fought many battles with their boss, whose idea of the priorities was very different. I can only be guessing. However, the Facebook story has a few lessons that I find worth recalling. One of them is that leader should never give up or neglect to anticipate trends. This is because trust and privacy protection are the biggest values ​​in today’s business. Maintaining them is leaders’ duty and philosophy. Such forward-looking approach will always provide a valuable counterweight to the day-to-day pressures that a company, its management and owners are under. They have every right to make the most unexpected strategy pivots, as in the case of Facebook. They are also entitled to shoot down a leader’s ideas. Meanwhile, the duty of leaders is to see more and maintain a broader perspective against all odds. Leaders should also learn to recognize the pivotal moments at which to take initiative, suggest a course change, etc. All in all, facing such adversities goes with the territory of what it is to be a leader.

Shareholders have the last word

Here is another example from the “pantheon” of leaders. Look at the communication strategy of Elon Musk and you will see how much his business practices have changed within just a few years. Who could have guessed five years ago that a single tweet could send stock prices dropping or surging steeply? Who could possibly predict that people would be able to raise funds within days by crowdfunding?

I am referring here to another front on which modern leaders fight their battles. It has to do with the factors that shape the ownership structures of large companies. The relationship between a leader and a joint-stock company can actually be described as inherently conflict-prone. On one side, we have key managers with their innovative aspirations, all of which are time-consuming and labor-intensive. On the other stand the shareholders, who are naturally conservative and in a position to fire a troublemaker. Elon Musk certainly showed a lot of confidence in his products, which he thought would change the world. It is easy though to imagine the people he faced: a bunch of anxious, impatient shareholders who were fed up with pumping ever more money into Musk’s “tenuous” business. Don’t forget the customers, whose appetites have been wetted but whose patience was wearing thin. It is through such confrontations that the true strength and resolve of a leader is often tested. Musk CASE shows us that being headstrong and having faith in one’s vision can keep you from losing the confidence of your shareholders.

The moral compass does not always help you act

The office of the modern leader is a place where mutually exclusive values clash. It is certainly feasible to manage your team by manipulating them into backing the short-term goals that are certain to make the board happy. But will that be of benefit? A leader that instructs an employee to delete a few slides with inconvenient data that may take an investor aback, risks losing his credibility with his team. Which is more important? The potential funds, which still hang in the balance, staying on the good side of the board and keeping it happy by achieving short-term goals, or having a good relationship with the team and maintaining credibility with one’s co-workers? Research has confirmed my personal belief that telling employees to do things that run counter to a company’s ethics code and their personal beliefs is sure to backfire in the long term as it will undermine efficiency. On the other hand, isn’t it imperative in sticky conflict situations that require a total commitment to “suspend” one’s principles temporarily?

A big scandal has been sparked recently by the key employees of Google Group, who disclosed the company’s collaboration with the military. They way they saw it, Google should never have gotten involved in the Maven project. The story instantly leaked to the media, forcing Google to withdraw from the controversial venture. Aware of the power of public opinion, corporations begin to go to greater lengths to improve their image. Even if it irks the shareholders, a policy of transparency and non-involvement in ethically dubious undertakings may pay off. This may be good news for the leaders who care to uphold a solid code of ethics. They are no longer alone. They can count on being understood by their closest team members. And they can also take comfort in knowing that the media, which influence the boards’ actions, is close at hand.

I have tried to show that leadership is a bumpy road. I nevertheless hope that, somewhere between the lines, I was able to demonstrate it is a road worth taking. While on it, you should be patient, clever, and daring enough to question authority. Without those qualities, you can forget about satisfaction and victory. It is also useful to allow yourself to fail. Don’t be ashamed of failure, don’t run from it, and always uphold the value that is most fundamental for you: innovation. The most innovative products in the history of mankind have behind them great failures on the part of their creators.

– From Dictator to Partner 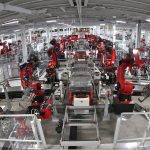 Data Driven Investor: Will AI save the labor market? Previous
Wearables. How about an electronic coat? Next 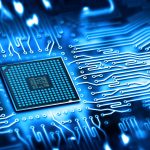