Looking for greater profits? Start sharing with me 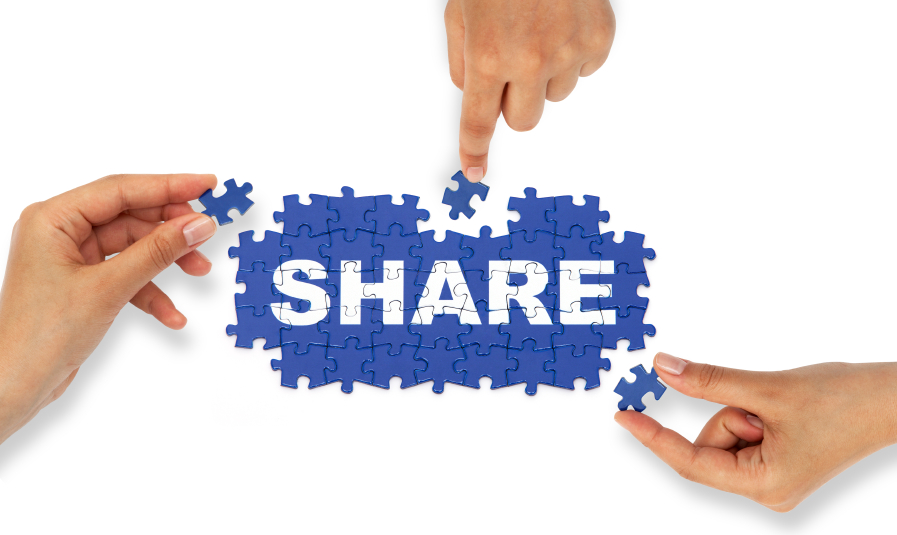 Imagine an economic system in which concepts such as profit, margin and supply-and-demand were replaced by trust, participation, sharing, and the responsible, sustainable use of resources. Utopian? Absolutely. Sharing economy.

Utopia, in Greek, can mean both the “good place” or the “non-existing place.” If the good place is good enough, however, it can bring itself into existence. Utopian thinking can generate ideas that eventually become accepted and adopted and no longer seem utopian (in the current sense) at all. Indeed, they become the foundation of business.

For example, a generation ago, if you said a retail operation would make enormous profits by having algorithms suggest new products to individual customers based on their preferences, activities, and shopping histories – and those customers would take those recommendations seriously – you might have been accused of dabbling in science fiction.

Today, of course, Amazon does just that. In fact, 35% of its online sales come from its algorithm-driven product recommendations, according to McKinsey.

Critics of modern economics, sociologists, advocates of cryptocurrencies (Bitcoin, Ethereum, to mention only those with the largest market capitalization), and even the founders of corporations that champion ​​new technologies, all agree: The age we live in is one of the collapse of traditional economics.

Given that, doesn’t it make sense that the technological revolution that has brought us smartphones and peer-to-peer file sharing systems (creating, in the process, new ways to use intellectual property and pursue human relationships) will revolutionize our approach to ownership, profit, and other lynchpins of traditional economics?

Exchanging things, “I” and “Thou” come closer

Allow me to invoke two late figures, one of whom had nothing to do with economics, while the other has for years espoused views that were dismissed as eccentric.

The first is anthropologist Bronisław Malinowski, an outstanding pre-war Polish  cultural researcher known for the monumental 1929 work “Życie seksualne dzikich” (“The Sexual Life of Savages”), the second book in a trilogy about the inhabitants of the Trobriand Islands.

In the trilogy’s first book, 1922’s “Argonauci Zachodniego Pacyfiku” (“The Argonauts of the Western Pacific”), Malinowski describes a Kula ritual in which members of Papua, New Guinea tribe travels miles to exchange treasured spiritual objects that custom requires they pass on, and rather soon. The ritual has a significant result: It creates strong interpersonal bonds based on mutual respect. And that, in turn, created a whole new culture centered around the exchange of goods.

The other interesting figure is the American futurist, designer, and inventor Jacques Fresco, who died in 2017 at the age of 101. In the 1960s, he developed “Project Americana,” a scheme in which “sensitive machines” were to cool and clean cities in response to environmental pollution. He advocated for communication between cars to prevent accidents. He devoted himself to promoting economics based on the principle of free and universal access to natural resources. He claimed that at this stage of civilizational advancement, we had everything we needed (natural resources and computer technology) to lay the groundwork for a new economy.

He was a critic of the way the world’s resources were controlled, and saw their monopolization by the few as causing “a constant repeat of the same series of events: war, poverty, recession, boom, bust, and war again.”

Fresco’s solution was to create a system in which nations would declare the world’s resources – clean air and water, arable land, education, health care, energy, and food – a common heritage. All people would have access this heritage via computers which, Fresco noted, “had no ambitions,” and therefore were trustworthy.

The echoes of both Malinowski and Fresco can be seen in today’s most vigorous and promising economic trends. The exchange of resources, the focus on resources availability, an emphasis on building bonds between economic actors, and achieving collective satisfaction are all part of what we refer to today as the “sharing economy.”

That’s no longer Utopian in the sense of “the non-exiting place.” We have come to a point where rich, recognizable brands, such as Airbnb, Uber, and Veturilo, to name just a few, are growing and maintaining a loyal customer base. Although still a niche, the “shared economy” trend is beginning to attract a lot of interest from consumers, investors, and innovators.

Over a quarter of U.S. adult internet users (56.5 million people) used a “sharing economy” service in 2017, according to eMarket.com. In India, the sharing economy is predicted to grow to $335 billion by 2025. And those levels of adoption don’t include such websites as Pinterest and eBay (with its 171 million buyers as of September 2017) which allow people to connect and acquire products without traditional retailers. And while the phenomenon continues to be a niche, it’s not going away, it’s growing, and we can only speculate on how it’s transforming consumer habits.

Trust and communication: Twin pillars in the new economy

Today, the sharing economy is driven by serious money and people ambitious to create something new.

Some of the organizations they create pursue profits and margins (Uber), others seek to stimulate local micro-businesses (Etsy). There are also lesser-known efforts rooted in local markets, such as the UK’s Streetbank, a community that exchanges household appliances and, in so doing, brings people together.

All these initiatives share common characteristics and use similar tools. Together, they make up a fascinating market segment driven by access to the latest technologies: the internet, advanced analytics, and social networks.

Their other common feature is a philosophy and value system based on the realization that every person has resources that can be shared with others. Instead of exploiting goods, people use their private resources, their “spare capacities” (leisure time, vacant housing space, unused cars) to create value – for themselves, certainly, but also for others.  In so doing, competition is replaced with trust.

In this new economy, trust has become the key concept, a differentiator, and an economic marker. The key tool are the technologies that allow all participants in the business process to communicate with one another: the internet, smart phones, p2p file sharing, and freeware.

And it would not exist without the explosion of social networking sites on which people connect instantly, creating a massive web of contacts, interests and goals.

Finally, none of this would be possible without the basic tool: the application itself. We may not remember that the rise of consumer software, defined as everyday software, only happened in the last decade.

In the mean time…

A Polish beer producer has recently made headlines by launching a massive advertising campaign with the slogan “tymczasem” (“in the meantime”). I think the word captures the essence of the new economy.

In the meantime, right now, I have free space in the car, a free room in my apartment, and a bit of free time; I choose to share that with you, for my benefit and yours, too, as you will share your resources with me. In this way, one can create business ideas that are economically attractive, even to big capital.

Perhaps not yet. Portugal recently experienced “We hate tourists” protests. Why? Real estate prices have risen sharply because wealthy individuals, many of them foreigners, have been buying apartments to rent them through Airbnb. Similarly, in many cities around the world, taxi drivers protest lost business caused by Uber.

Utopia is not easy. But the sharing revolution, driven by technology, is still unfolding. The age does not yet deserve the title, “The Era of the Sharing Economy.” But I have little doubt it soon will.

When will we stop being biological people? Previous
Robots awaiting judges Next 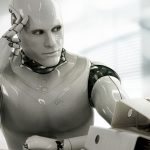