BUSINESS INSIDER: Can a man still exists, if is wiped-out by computer?

Unfortunately, data processing errors can lead to situations far more complex than those described above, – situations with dangerous social consequences. Poorly designed algorithms can push people to “boil over”. An example? A well-publicized case from the last US presidential campaign. A Facebook newsfeed confronted the site’s astounded readers with news that an employee of the conservative Fox News TV station had helped Hillary Clinton in her election campaign. This unverified and completely fictitious newsflash went viral. Ultimately, the false news was taken down and voters calmed down. Interestingly, however, the story took place three days after Facebook announced that its trending news section was firing its staff, whose jobs would now be performed by… algorithms. The incident put wind into the sails of Artificial Intelligence critics, who immediately, as is their custom, raised an uproar, claiming the technology was unreliable and had more drawbacks than benefits. … 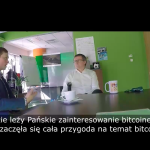 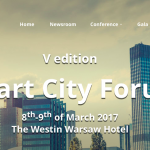