The impact of the digital revolution on the economy is enormous. As modern technologies invade our lives, they transform business models and interpersonal relations between workers and companies, and thus strongly impact the entire labor market. 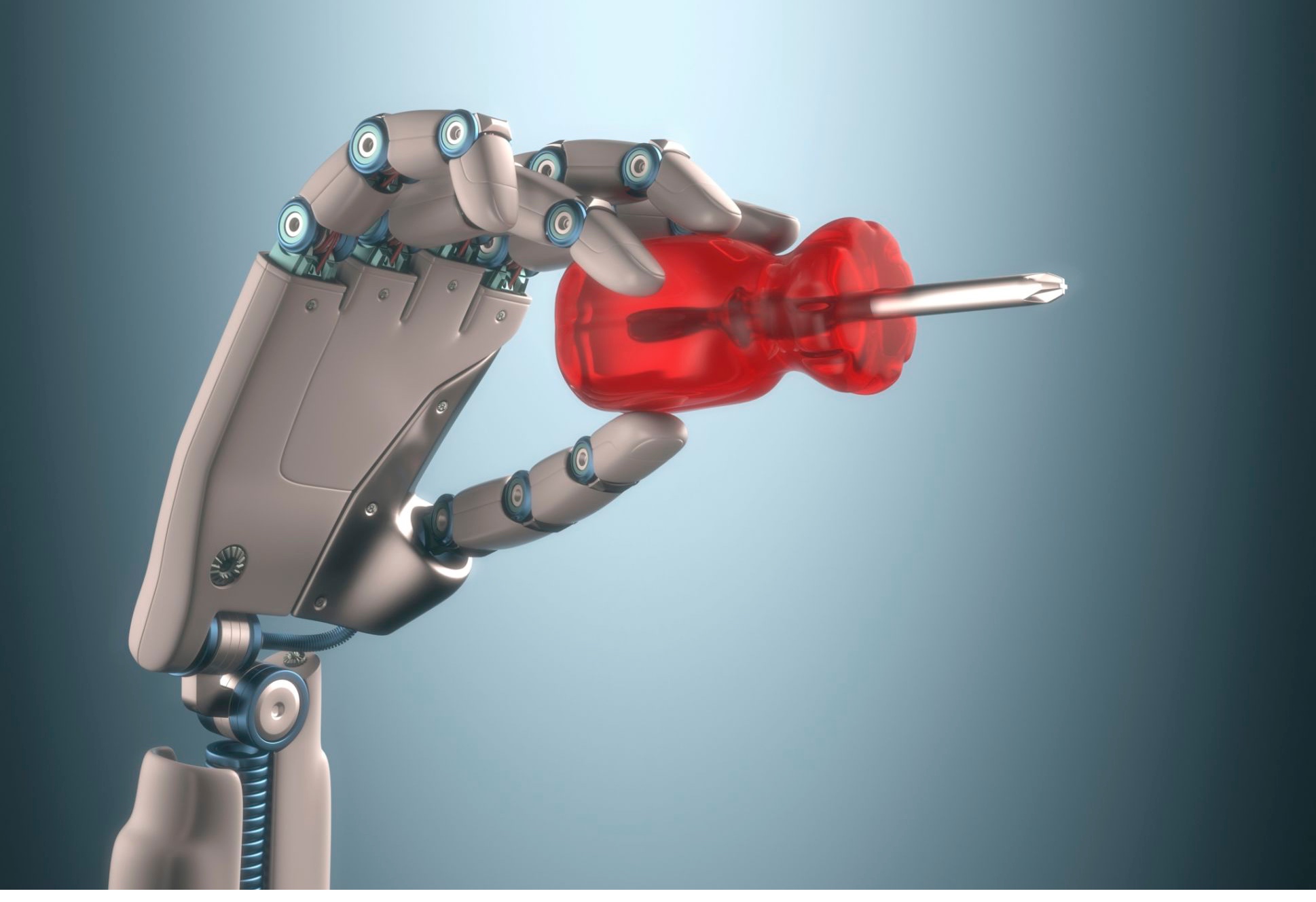 The impact of the digital revolution on the economy is enormous. As modern technologies invade our lives, they transform business models and interpersonal relations between workers and companies, and thus strongly impact the entire labor market. Some of these changes can be easily seen, while others are like a waking volcano posed to explode suddenly on a scale that is impossible to foresee.

Global business is inspired by intelligent technologies which helps enable its growth. In fact, technology today is becoming a central area of focus. This and coming years can be expected to bring three noteworthy trends. First one of them, Blockchain (and leading crypto currency bitcoin – BTC), stands a good chance of revolutionizing the security systems associated with various online transactions. Another, the sharing economy, which has been on the rise for years now, has been enthusiastically embraced by individual consumers. Finally, there is the so-called forth industrial revolution – Industry 4.0 which inspires as much hope as it does fears.

Blockchain technology is being watched closely by the entire banking and financial system. Both see it as a powerful tool for securing transactions. Any document recorded in a blockchain becomes counterfeit and tamper proof. Blockchains store data on any transactions concluded in a digital currency. Once the data has been recorded, the specific bitcoins can no longer be reused, making the transaction irreversible. First and foremost, this makes transactions absolutely secure. They can be easily monitored as blocks contain the history of digital currency use going back to its very inception. This presents businesses with an ideal accounting ledger that cannot be counterfeited, copied, destroyed or modified, down to a single comma. Although the technology still requires advanced research, it may well become the best document and transaction authorization system ever created. Blockchain has the potential of completely remodeling the world of finance as we know it today. In its most radical variant, we may see banks, stock exchanges, clearing houses, currency exchange counters and financial oversight institutions disappear entirely. They will no longer be needed to endorse transactions and serve as middlemen. The popularity of the blockchain technology and the related cryptocurrencies has a great potential to upset the status quo in the world of finance. It is both a threat and an opportunity for the growth of economies. 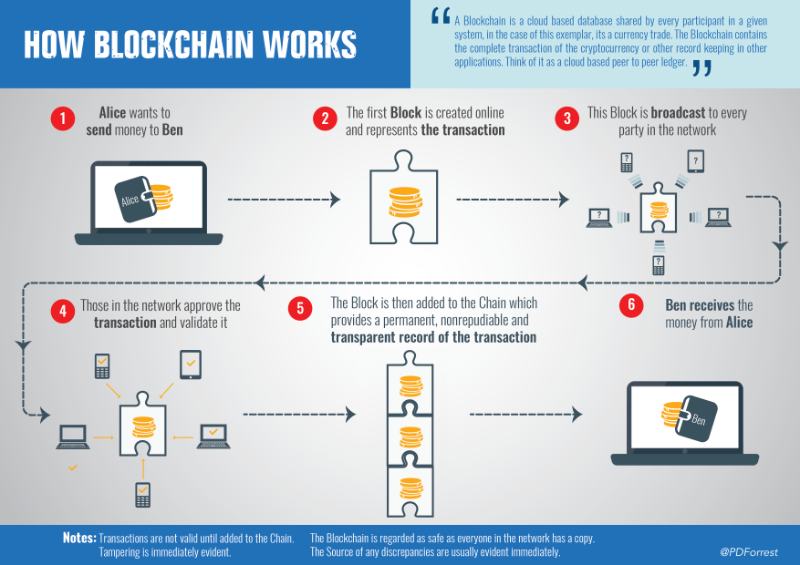 Blockchains store data on any transactions concluded in a digital currency.

Asked to identify the most humanistic result of the rise of digital technologies, one will readily point to the shared economy, a model in which people come together to produce and consume goods in dispersed collaborative networks. The model relies on crowdfunding to raise funds for new projects and co-working networks, i.e. shared workplaces for independent individuals, and global business ventures such as Carpooling, Uber, and Airbnb (whose worth, according to McKinsey & Company, approaches US$ 20 billion). Such community ventures would never have happened without sophisticated technologies, i.e. mobile internet, applications, Internet banking and widespread social media. After all, if it were not for the smartphone running the app that facilitates communication between drivers and passengers, there would be no Uber.

In business administration, the idea of the shared economy takes on the form of network links among employees, leading to the abandonment of rigid hierarchies (made up of boards of directors, managers, specialists and rank-and-file employees). The entire phenomenon has given rise to major controversies (cab driver protests against Uber). Nevertheless, it appears unlikely that the trend will lose momentum. Another notable example is that of Valve (the owner of Steam), a company without supervisors. 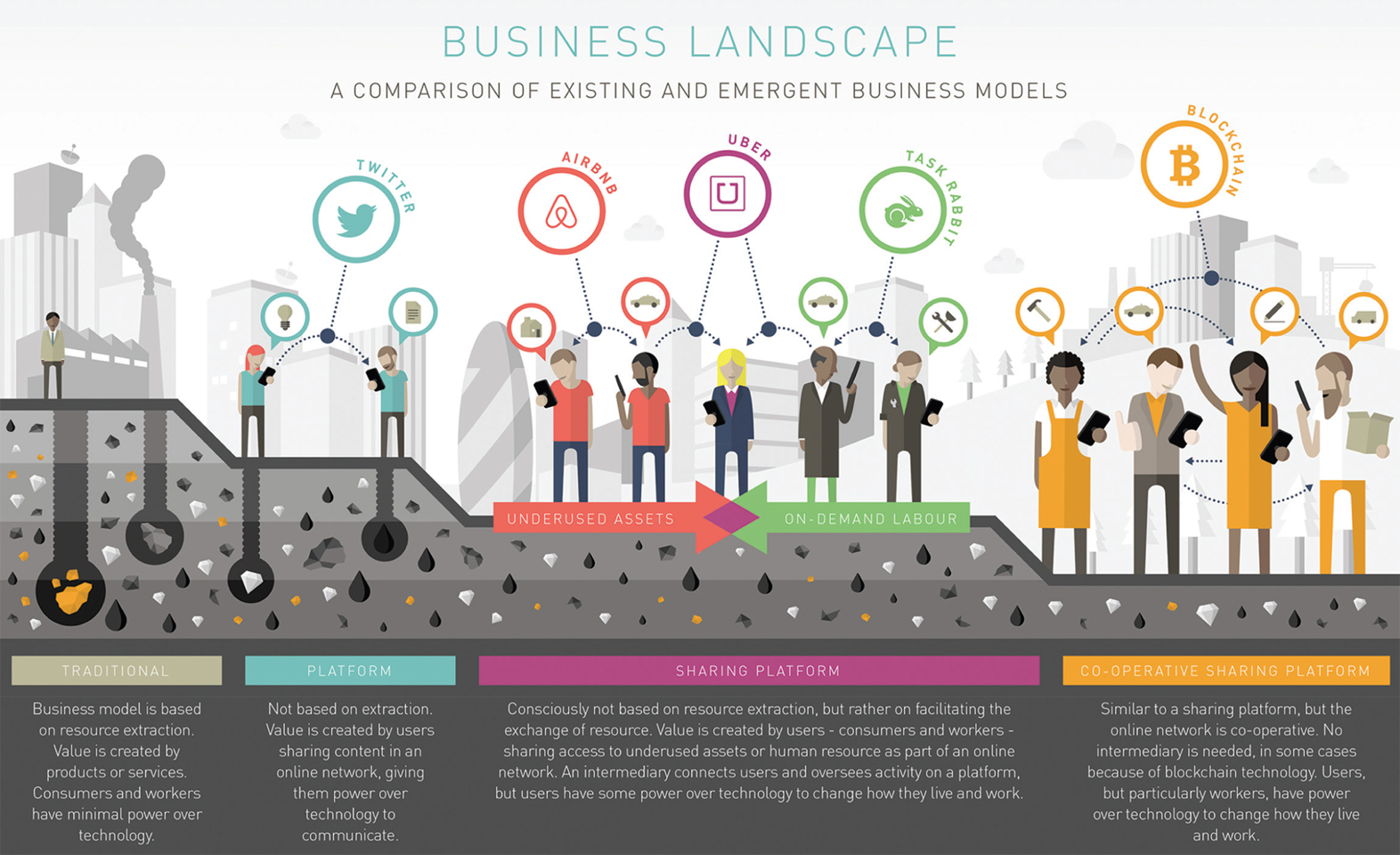 Shared economy, a model in which people come together to produce and consume goods in dispersed collaborative networks.

The digital revolution has not gone without an impact on industry. Industry 4.0 offers the option to design products directly based on individual users’ opinions. It appears that the most attractive option for manufacturers is to allow unrestricted communication among all working devices (the Internet of Things). According to estimates, robots today carry out a mere fraction of the tasks they could perform independently. This untapped potential is driving forward the development of robotics. Within the next two years, Europe will have more than 500,000 multifunctional machines of this type. The forth industrial revolution, as some refer to this new phenomenon, is bound to profoundly affect the approach to management. How does one successfully run a plant in which every second worker is a robot? The question implies serious ethical and logistic challenges. One thing is for sure even today: automation and robotization in industry requires open-minded people. Such open-mindedness can only be achieved through education. 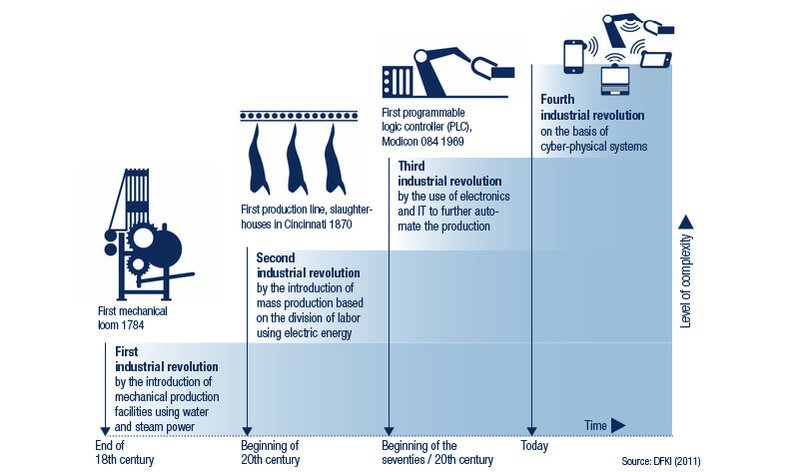 Industry 4.0 offers the option to design products directly based on individual users’ opinions.

The losers and the winners

Who stands to benefit from the increasingly rapid advances in technology and who will fall by the wayside? This critical question concerns the ability of businesses to adapt to change and be flexible, a skill that is in high demand at this time. Not all business managers realize that.

While many business executives are increasingly aware of the challenges, many still aren’t and this awareness is spreading slowly. I am confident that being alert, open-minded, observant, capable of recognizing new trends as well as brave enough to contest the corporate status quo will be the top prerequisites for the success of today’s managers.

I set out on describing the things to expect this year. One might postulate that 2017 had already begun some time ago. How is that possible? The fact of the matter is that the majority of the solutions described here are already out there. Take a look around – you will see that concepts such as big data, the Internet of Things, virtual and augmented reality, and autonomous vehicles are either a part of life already or just around the corner. While some are still in their infancy, others are boldly invading our daily lives. The same can be said for other technologies that are available. 3D printing and drones delivering packages are no longer the future. The future is now.

Even the forecasting of possible technological advances and the way new technologies will be used makes it necessary to change our way of thinking to one that is more future-oriented. A technological revolution is taking place now in our heads. Soon, it will explode into reality. I predict that what we will witness will make an entrance so dramatic and rapid that the social media revolution begun a few years ago will seem like a mere quiet prelude.

Other articles in the series of Artificial Intelligence: 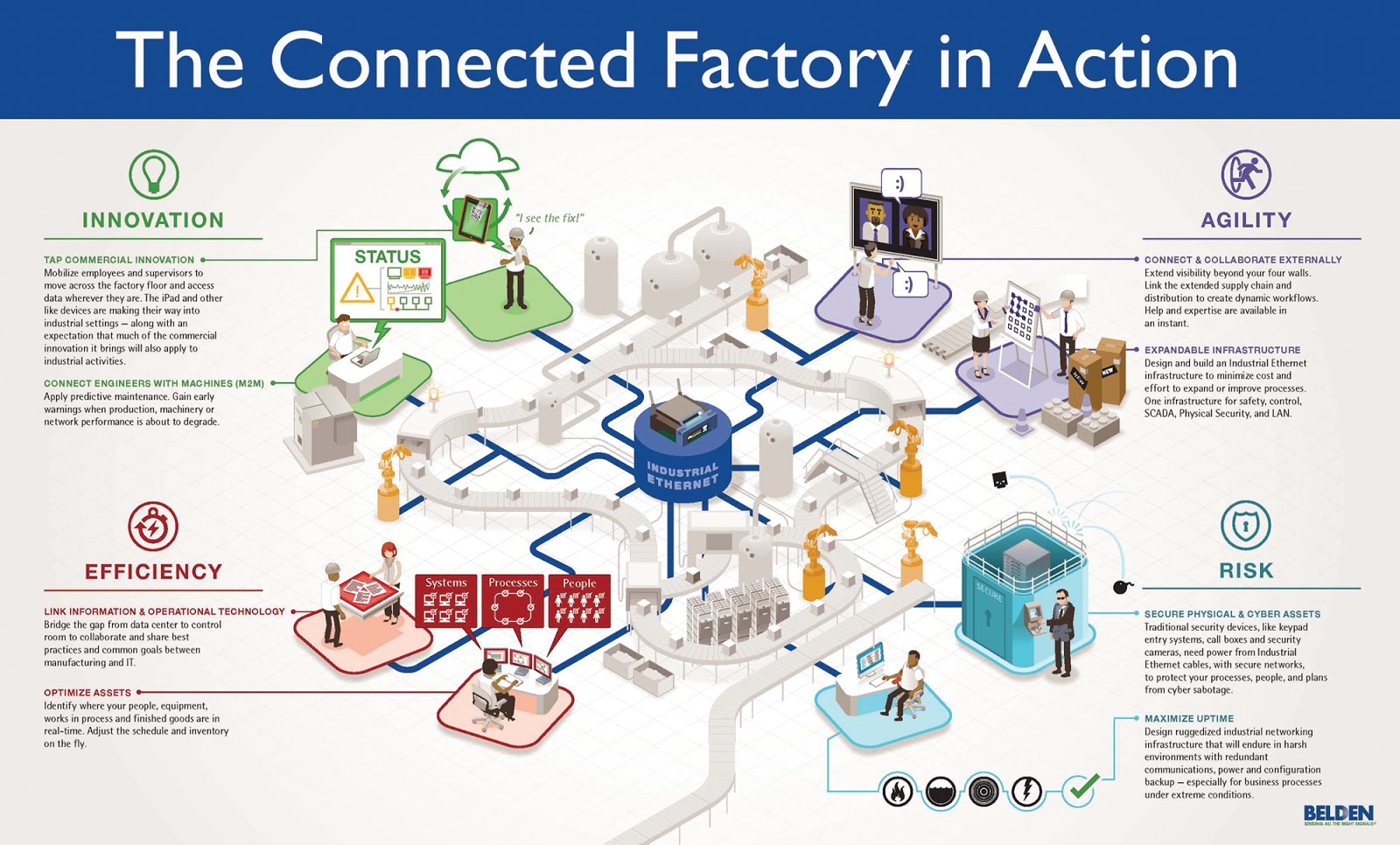 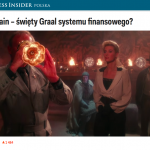